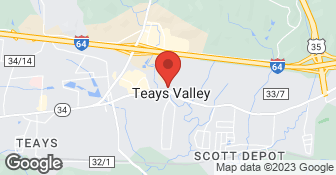 DESCRIPTION OF WORK
We bagan my daughter's treatment in February of 2011. At which time I was VERY clear that my husband was being layed-off at the end of May that same year and the insurance would stop. I needed to know exactly how much I was going to have to pay. They said that was fine and I was responsible for XX amount. Which I paid. Well, June's appoint ment rolled around and they informed me i needed to pay $350 more dollars. because the insurance was not paying anymore because it had stopped last month. I said no i should not owe anything as I had made it quite clear from the get go that the insurance was stopping at the end of May. I was honest and up front with our situation.. They said yes they recalled that I had told them that but none the less I still owed them the money and gee too bad your husband is not working but we want our money.After fighting with them for 3 months and making $50 a visit  payments towards the balance that I contested....they began to add $5 per month to the balance because they said it was over due...How may I ask can it be over due if there was never an agreement on that amount and it was an oversight on thier part not mine? AND i was making payments on it each visit??? Now then we had an appointment mid Nov 2011.They scheduled her appointment for mid Jan.  7 weeks AFTER her last appointment then cancelled the appointment for the following week and cancelled that one as well.. then called a week later to reschedule her appointment for March 6! 4 months!!!! after her last appointment!  i would NEVER recommend this place to anyone!!! no back up. poor business practices!!! very bad business! The story is not over as we are STILL in treament! AAARRRGHHH!