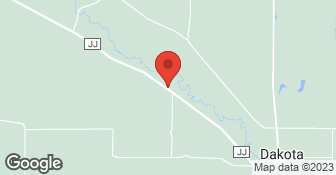 Oakwood Exteriors LLC was founded on quality customer service and reliable, long term exterior solutions. We specialize in a full range of exterior remodeling services including roof repairs and installation, siding installation, seamless gutters, and replacement windows. Our installers are well trained and experienced to make your home beautiful. From concept to completion, we believe every step in the remodeling process and attention to detail is critical to the final outcome. The end result being a long lasting installation with the highest quality products you can be proud of.

Hired to perform roof replacement. Completion took longer than anticipated. Areas were not laying correctly upon completion. They came out to look and said they would soon lay flat on their own. A number of months later they came back out upon our request to look at the ongoing shingle concerns as they were not laying properly. Agreed to replace areas, but subsequently no showed. Followed up again...

DESCRIPTION OF WORK
Roof replacement in 2018

Was told that the project was in their service area and they had other work nearby, and that they would take a look in the next couple of weeks to provide an estimate. Followed up with Brenda at Goody's via email and phone several times, was told they will get back to me. They never bothered to provide an estimate or, at the least, be upfront about it if they didn't want the work. I would not reco...

DESCRIPTION OF WORK
Complete tear-off and re-roof of a house and garage.

The job site was in another state so I was doing my communications via email and phone. The job coordinator was friendly and very helpful in answering my many questions. (This was my first time negotiating a new roof so I needed some educating). Once we were into the actual work phase, things also went well. The workers were thorough, friendly and cleaned up nicely. Overall it was a very good expe...

DESCRIPTION OF WORK
The crew removed the old roof & disposed of the materials. New tar paper was installed and then roof was replaced with new roofing and gutter guards were installed.

The owner showed up bright and early with the crew and began working right away! The owner came in and talked to me and introduced me to the job site supervisor. All very cordial and when I asked to do a couple extras, it was no problem at all! Very impressed with speed of work and quality!

DESCRIPTION OF WORK
A badly worn shingled roof was stripped down to the wood and a whole new roof was installed.