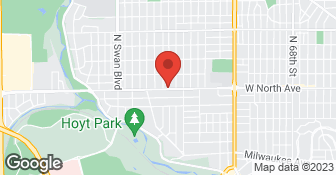 They have great people there. They are flexible and very nice.

DESCRIPTION OF WORK
I go to Sandra Cutts of Wauwatosa Wellness Spa.

The service was not provided.  The provider is not available very frequently.  We were not able to get the apppointment scheduled due to their availability.  In the end we lost our money and received no service.

DESCRIPTION OF WORK
I received a certificate for a service at their spa.  My friend and I were planning to go together.  However, whenever I tried to schedule an appointment, no one answered the phone.  I left serveral messages and even emailed them.  After quite some time, my friend was finally was able to get in touch with someone there and schedule appointments.  However, their openings were after our certificates were to expire.  My friend was told by the employee who scheduled the appointments, that this would be fine.  Over a month later, my friend received a phone call stating that our certificates were expired and they would not honor them.  So we lost out on the money that we originally paid for the certificates for service.  No services were performed.