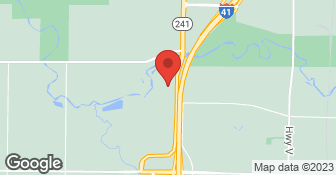 Home Improvements: Exterior and Interior for Residential and Commercial projects!...

T.C Roofing & Siding was established in 1993 by Tim Casper, and services South Eastern Wisconsin and its surrounding areas. TCRS has always upheld a work ethic that is committed to quality and customer satisfaction. This is why a good portion of our work is obtained by word of mouth and through referrals from satisfied customers.

Empire Home Remodeling, Inc specializes in windows, siding, roofing, creativity, customer service and project management necessary for success. Our most satisfied customers are those who want a company to manage their project, leaving the problem solving and details to the professionals, thus allowing them a worry-free experience.

Broken garage door? We can help... whether it's repairing a door or replacing an opener, we will send a highly trained technician to service your garage door. We offer higher quality parts and service at a more than competitive price!!!

Had problems from the start. First the drain was flooding the floor when the sump pump drained, they put in a check valve.Then shower leaked into the basement. They came out and re-grouted, thought problem was solved. Aren't usually in basement when shower is in use, found shower was still leaking when a waste basket was placed under shower area and found it filling with water. Contacted Eric Vese...

[Member Name Removed] hired Vesel Services, LLC (DBA Vesel Contractors) back on April 9th, 2013 for a bathroom remodel. Our first phone call to the office by the homeowner was on August 5, 2016 at that time the homeowner requested that we come look at the shower due to a leak. Vesel Contractors obliged to find no leak with homeowner present. We did not receive another call from the homeowner until...
D

Had old garage torn down and new 3+ car garage built. Included removal of old foundation/slab and pouring of new slab. The owner (Eric) was easy to work with and things went generally well. My main issues were with workmanship - lots of exposed nails/staples due to framers missing the studs when putting on the sheathing, windows not evenly spaced, warped service door, poor alignment of downspouts....

Flashing on calling was preformed. I tried calling to set up appointment to get the rest done. Called no response. Emailed no response. I finally had to call the bbb to get an answer and was accused of being difficult and not letting them preform the work. I was called twice and was told I’m coming today. I work during the day and didn’t have anyone to let them in. I tried to set up an appointment...

DESCRIPTION OF WORK
Flashing on chimney. Drywall replacement because of water damage and fan installation.

Vesel Contractors was hired to do a roof repair that caused a leak in her bathroom. Vesel Contractors repaired the roof and we had no issues until our drywaller and electrician were scheduled to go out to the home to repair the ceiling from the roof leak. The homeowner understood that they needed to get into the home to repair the damage from the roof leak. The homeowner was notified each time tha...
A

Out of three estimates, Vesel's was the lowest. Eric was sensitive to my need to keep costs low; he made suggestions about ways I could save money as well as areas where it would be best not to cut corners (e.g., flooring). He also was the only contractor who made sure my existing structural issues were taken care of correctly before the work began so that I would not end up having to tear down an...

DESCRIPTION OF WORK
Finish the basement.