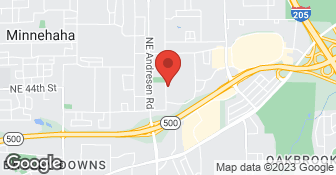 DESCRIPTION OF WORK
I started having trouble with slow internet in July.Then I starting having bad tv reception. |I called support but they kept telling me that it was caused by my equipment. |I made several trips to the local store to have my router changed. |I finally had to buy a router from Best Buy. |Then I had to get a special modem (another trip to the store). |Still did not work, they sent a repairman out who said there was nothing wrong. I called to have another service man come out and he said that I my signal strength was in the negative area. He replaced some wires. |Still did not solve the problem. |I called support again and they told me that I had to have all of my wired changed from the street. When the service people came to replace the wires at the street, they told me that wires leading up to my house had been badly corroded and they replaced it all. I asked them why they didn't check that first instead of making me suffer for two months. They said that they were restricted by policy. |The last straw that made me switch was when I tried to get my bill adjusted for all of the trouble I went through. I was told by one of the operators that I could tell them how much time I lost and they would adjust the bill. But when I finally called to ask for an adjustment, I was sent to their loyalty department. I called their loyalty department and they basically called me a liar and refused to give me even one penny of credit. I was told that there were no notes stating that I had any trouble and that it was my responsibility to keep track of the time that I had lost. |I thought that was their responsibility every time I called in. They should have notes on all of the times that I called in. |Well, I switched to Frontier Fios and have had much better reception and faster internet.

It went great and now I have that high speed I had been waiting for and expected from Comcast!

DESCRIPTION OF WORK
Gave me an updated modem and router per my request due to slow internet speed.

The installer was very knowledgable. He installed the cable boxes where we wanted them. He answered all our set up questions and demonstrated use of remote. When we received the first bill we were charged a fee for installation which was higher than listed on the website were we had ordered the service. I called and spoke with a representative who was more than happy to adjust the charge to the co...

DESCRIPTION OF WORK
The cable Installation guy brought in the cable boxes and installed them where we asked and set them up. He answered our questions about programming remote control devices and connecting sound system.