Hauling
Handyman Services
Gutters
Gutter Cleaning
Fencing
Ceramic Tile
Licensing
No License Required for Trade
Bonded
Insured
All statements concerning insurance, licenses, and bonds are informational only, and are self-reported. Since insurance, licenses and bonds can expire and can be cancelled, homeowners should always check such information for themselves. To find more licensing information for your state, visit our Find Licensing Requirements page.
Business Details 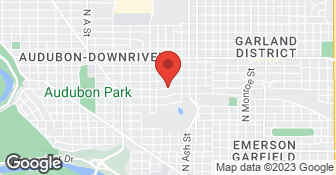 Family owned and operated specializing in complete property maintenance, inside and out! Serving ALL of Spokane and Kootenai Counties, we accept credit cards, personal checks, cash and will spread out payments on larger jobs for a nominal fee....

Owner-operator with over 20 years of roofing experience. We go the extra mile to make sure your house is protected for years to come. Customer Satisfaction is at the core of our business so we go the extra mile every time! It all starts with communication (IE we do what we say and you'll know what we are doing). We work hard to make sure we clean up after our job so you don't have Nails or debris around your house. .Quality .All of my customers love to work with our company.

Take Pride In Your Home Hire A Painting Company In Spokane, WA To Brighten Up Your Property! Everyone homeowner wants to live in a home that looks beautiful on the inside and the outside. Using the right paints and techniques, your home can look great for years to come. Choose Newcomb Painting and Services, LLC as your painting contractor to get the job done right. We're the painting company in Spokane, WA you can rely on for high-quality service. We'll prep and paint any surface inside or outside your home. We also offer a variety of home improvement services so your space can look its best.  Trust your painting and repairs to a team that cares. Email us or call at (509) 998-7968 now to discuss your needs.

Unreliable. No follow up, if you are fortunate enough to even get someone to answer the phone or call you back.

DESCRIPTION OF WORK
I first attempted to contacted this small business to do a sprinkler blowout in the fall of 2016. I left several messages, with out a return call for nearly 2 weeks. I decided to try one last time, and this time I actually spoke with someone, whom scheduled an appointment. When they did not show up, I called them again, and was given an excuse, and we rescheduled. This time they actually came a day early because they were in the neighborhood. They did the blowout quickly and professionally, at a lower price than most other businesses I was quoted at. Although I felt they were unprofessional at first, I was happy with the service they did once they finally got around to it. So I decided to give them another shot the following spring, when i needed some lawn service done. I called and spoke with the owner, who told me he was "about 10 days out". I told him that was fine, and gave him my address and phone number to follow up with setting an appointment. That was over a month ago, and there was no follow up. I waited over 2 weeks to hear back, before calling another lawn care business, who was able to take care of me right away. I would not recommend Jasper and Sons to anyone. Very unreliable.