Insulation
Windows
Doors
Glass and Mirrors
Interior Painting
Unfinished Carpentry
Ceiling Fans
Licensing
Bonded
Insured
All statements concerning insurance, licenses, and bonds are informational only, and are self-reported. Since insurance, licenses and bonds can expire and can be cancelled, homeowners should always check such information for themselves. To find more licensing information for your state, visit our Find Licensing Requirements page.
Business Details 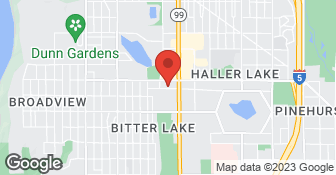 17 employees. No subcontracting. Cost is determined by the job. No travel charges. Financing available....

We have the experience and dedication to bring your dreams to reality! Specializing in Painting Services, we guarantee your satisfaction, and we won’t leave until the job is done right. We pride ourselves on the quality work we provide, while delivering great customer service! Call or click to schedule a free estimate today!

Quality Begins at Home. We are the premiere home improvement company, with service and products that will keep you happy for years to come. Our customers receive unmatched warranties and exclusive products. We offer exclusive roofing, siding and window systems that are manufactured in America and installed by factory-trained installers, delivering the best possible result every time. DaBella Baths is our exclusive bath division, specializing in tub and shower conversions, bathtub replacement, walk-in showers and walk-in tubs. If you want to work with a contractor who is passionate about service, committed to quality and determined to delight you, then DaBella is for you! We’re ready to turn your dreams into a beautiful reality.

Very well. Courteous, informative estimator. Installation team took a lot of caution re: dust and other disturbance. Quality installation. This company had installed other windows for us 25 years ago, so I expected it to go well and it did. We made a last minute change deciding not to cut tile, and the installer suggested I would be due a credit for that change--and made it happen.

DESCRIPTION OF WORK
Install double pane windows to replace older single pane ones. These were quite large windows, hence the price.

I called Einar Johanson to obtain a quote in early April. Representative came to the house a few days later and gave me an estimate of $1350 for three window panes. Windows were 66"x42", 29"x18" and 16"x30". He said the windows would be ready within two to three weeks but because of a backlog may not be able to install until July at the earliest. Was not a problem so I went ahead with the purchase...

DESCRIPTION OF WORK
I needed three thermal panes replaced that had been installed 15-20 years ago. The frames were already in place so just the window panes needed to be replaced. The original windows were not installed by Einar Johanson.

They did a great job, very nice quality work and very clean. I would definitely hire them again. The only issue I had is they're very backlogged so it took some months after getting a quote before the work started. I wasn't in a hurry so it didn't matter too much.

DESCRIPTION OF WORK
I wanted an upstairs vent removed, the hole enlarged and replaced with a window

The crew did a great job getting the windows to fit in the not quite squared window frame. Very neat. Competitive quote. Will use again.

Went great. Promptly got someone out for measurements. at the time they said would take 3-4 weeks for install. We called to schedule several weeks later and the wait was 12+ weeks. I expressed concern about the wait for a single door. They called me the next day and said they would be here to install in 3 weeks. Door is perfect and looks great!