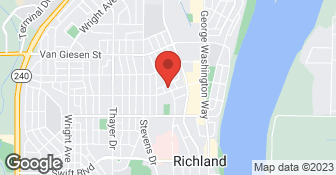 Honest, Affordable, Professional; we roof your house as if it were our own!...

Here at Perfect Circle Construction, we pride ourselves in the services we provide. Our company was started in 1985 by John and Karen Weese. For the past 29 years, they have taken pride in a business that is family owned and operated. We specialize in residential and commercial re-roofing, repairs, skylights, sun tunnels, insulation, waterproof deck membranes, and solar attic fans.

Builtright construction is a fast growing buisness that Specializes in installing any siding, siding fix ups, soffit installation, to putting new windows, both residential and commercial. We offer quality work, at competitive rates , our main goal is to strive for customer's satisfaction so that we may continue to serve for years to come.

FAILED! I had to call him to schedule, then no show, no phone call as to why or to reschedule. Caught up with him a year later, again, no phone call! Unprofessional, not reliable, don't waste your time and energy!

DESCRIPTION OF WORK
John Shupe, Black Diamond Company was at the 2016 Home and Garden Show. I wanted tubular skylighting completed in a couple rooms. He took my information, never called after the show. I finally reached him a couple months after the show. We scheduled day and time for consult of work to be performed, he never showed, he never called and never answered my calls 2017 John Shupe again at Home and Garden Show I sought him out asked if he was there to obtain business, which of course he replied yes. I explained (reminded) him about his scheduling, never showing up and never calling from last years Home & Garden Show. He apologized. Took my info (again) and promised to call!! Do you thing he has??? No. Been over a month since the show!

[Member Name Removed], You did come up to me at the 2017 home and garden show with your self admitted agenda in searching me out and calling me out for "not showing" to install solar tubes. I promptly apologized and explained to you how the nearly 3 months of two foot deep snow had set me back, and that if you'd take my card I'd gladly show up at the time and date you set, now that the snow had mo...
F

Roofing - Projects 1 & 3.  No complaints.  Everything went well.  Would give him an "A" rating on this as I was very happy with his work. Siding - Project 2.  Generally OK.  However, he didn't contact the power company before removing siding behind meter and left the meter loose.  After a call to the city, they fixed it.  He also replaced the exterior doors.   I had to hire another contractor to f...

Went very well. We were hardly inconvenienced during time of construction. Would recommend to everyone.

I called a competitor first and had to leave a message.  I called Black Diamond and their rep came to my house before the competitor even called me back.  The Black Diamond rep came out the same day I called for help.  Their quote was very reasonable and I had them complete the repair.   He explained the problem he saw with the work by the contractor that built my home.  He showed me that the orig...

DESCRIPTION OF WORK
Roof Repair:  I had a large area of shingles lift off the roof after a large wind storm.  I had Black Diamond complete the repair.  They did it during a break in the weather.   Several weeks later, we had another storm, I lost some more shingles.  Black Diamond helped me out quickly again.

Found this business in the yellow pages.  Called them made an appointment for a free estimate the guy NEVER showed up!  I didn't even get a call to tell me that he couldn't show up or if I could reschedule my apt.!

DESCRIPTION OF WORK
Wanted a new roof on patio.