Floor Cleaning and Waxing
Window Cleaning
House Cleaning
Carpet Cleaning
Blind Cleaning
Licensing
Bonded
Insured
All statements concerning insurance, licenses, and bonds are informational only, and are self-reported. Since insurance, licenses and bonds can expire and can be cancelled, homeowners should always check such information for themselves. To find more licensing information for your state, visit our Find Licensing Requirements page.
Business Details 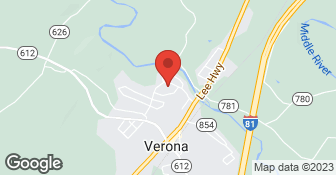 My grandfather, Salem M. Eways, came to the United States as a Stone Mason. In the late 1920s, he began selling fine textiles door-to-door in New York City, until he and his brother found an opportunity to earn money cleaning and repairing rugs. With dedication and hard work, they built the business and eventually grew into 4 stores in the Pennsylvania region. Salem then moved to Charlottesville in the early 1960s and opened a store named Salem M. Eways Oriental Rugs, located in University shopping center on Old Ivy Rd. After the passing of my grandfather, my father, Frank S. Eways, a state trooper in Pennsylvania at the time, left his job and moved his family to Charlottesville to take care of the family business. He eventually moved the store to Emmet St. across from Bodo’s Bagels, where he then grew the business to one of the largest sellers of oriental rugs in the United States in the mid-1970s. Eventually all of the Eways brothers joined together to become one of the largest and most respected flooring companies in the region. For over 85 years, and three generations, the Eways family has been providing the finest area rugs, rug care and maintenance. We have reached the world to bring you the best quality rugs available. Come visit our showroom to see the best selection of antique, traditional, and contemporary rugs in the area. Additional emails - franksr@ewaysrugs.com, adam@ewaysrugs.com. Award winning. Also serving Nelson, Rappahannock, Richmond, Roanoke, Roanoke City, Rockingham, Cumberland, Fluvanna, Bath, Charlottesville City, Goochland, Scott & Shenandoah Counties.

Handy is an Angie's List national platform partner. With Handy, you can book a transparent, fixed price home service with an independent professional any day from 7 am to 11 pm. Professionals booked through Handy are experts across a range of home services, including home cleaning, handyman services, painting, lawn care, and more. They have collectively performed over 3 million projects across 250 locations. Handy, through the Handy platform, offers technology and information to book home services, but does not itself provide these services. The provision of services is the responsibility of independent professionals scheduled through the Handy platform. Tasks booked and paid for directly through the Handy platform are performed by background checked professionals*, and are backed by the Handy Happiness Guarantee**. Notes: * Handy screens handyman and cleaning professionals that you book and pay for directly through the Handy platform. This process involves: a) Pre-screenings – Potential Professionals must provide detailed personal information, and validate their home service experience. b) Credential Verification – Handy partners with Jumio to use computer vision technology to verify the identification credentials of potential professionals. c) Background Check – The background check screening is performed by Checkr, an accredited third-party background check provider. Checkr's search includes national, state, and county databases stretching back at least 7 years, and longer in certain jurisdictions. The purpose of these checks is to identify offenses that may disqualify potential professionals from using Handy. You can learn more about Handy's screening and background check process at www.handy.com/trust-and-safety ** Handy backs all bookings made through its platform with the Handy Happiness Guarantee. Handy strives to match you with the right pro for you and your home every time. If you're not satisfied with the quality of the service you booked and paid for directly on the Handy platform, Handy will send another pro at no extra charge for your next booking. Additionally, In the rare event of damage, Handy's got your back. Bookings made and paid for directly on the Handy platform are insured. You can learn more about Handy's screening and background check process at www.handy.com/handy-guarantee

Have you hired Wetzel Cleaning Solutions? Be the first to share your experience and help other people looking to hire this Pro.