Leaf Removal
Lawn Mower & Power Tool Repair
Lawn Fertilization & Treatment
Lawn Irrigation
Lawn and Yard Work
Hauling
Licensing
All statements concerning insurance, licenses, and bonds are informational only, and are self-reported. Since insurance, licenses and bonds can expire and can be cancelled, homeowners should always check such information for themselves. To find more licensing information for your state, visit our Find Licensing Requirements page.
Business Details 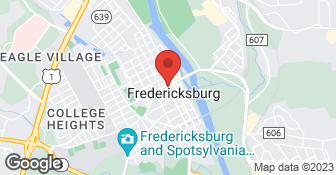 Your yard will look its absolute best after trusting All Landscaping Services as your ground maintenance architect. From tree service, to excavating, and even auto towing, we do it all....

ProLawn's organic approach offers an environmentally sound alternative to chemical lawn care. ProLawn is a locally owned and operated family business. For over 35 years, we have personally served each client's lawn. Some call us their 'personal gardener'. Here at ProLawn, we strive for excellence in our personalized client relationships; quality in our job performance; and measured results in your lawn's performance. After your personal, certified technician visits for the first time, we recommend trying something new. wiggle your toes in the grass; play fetch with the dogs; or listen to the kids in the back yard...you'll know you made the right choice...for your family and for your lawn.

A full-service landscaping contractor, Blue Ridge Landscaping is your preferred choice for all your commercial or residential landscaping needs. Serving the greater Fredericksburg region since 2001, we proudly combine an exemplary work ethic with a total commitment to our clients.

Smith Helpful Hands has the experience and dedication to bring your dreams to reality! We guarantee your satisfaction, and we won’t leave until the job is done right. Our team has quality experience in this industry, and we make sure our customers are happy before we leave. Call or click to schedule an estimate today!

David and amp; his crew came out to my mother and amp; father-in-laws house as expected and did all of the yard work, removed 3 trees that were taken down and cleaned everything from top to bottom. I would highly recommend this company to any one, they will not be dissapointed. They do the work like they would treat their own family. After the job is over and they leave, you know they have done ex...

DESCRIPTION OF WORK
David Kearns of All Landscaping Services, 540-658-1765 or 540-538-6522 this was the second time we used this company for landscaping & tree services; They are very trust worthly, honest and timely. They tell you when they are coming out & if they are going to be late they call to let you know. They price the job accordingly and can do just about anything you need when it comes to yards. They go a complete job and all clean-up

To give you some background, my mother-in-law has heath issues and my father-in-law as Altimers. They are both almost 90 years old and they want to live in their home of almost 60 years until they pass. They only have one son who lives in the area and he has very bad health issues and can not help them. So, they have a tendency to find people who they think are friends and amp; they end up taking ...

DESCRIPTION OF WORK
We have used All Landscaping Services a couple of times for heavy yard work. But we had mentioned to them on their last job that my mother-in-law & father-in-law were having well problems. To our surprise they said that if we had any problems to give them a call as they have worked on water wells before. In less than a week they had water problems & I called and they came out & had it fixed

On a Saturday because I knew the area would be unoccupied I went to the Brooke VRE lot to fly my DJI Phantom 2 quadcopter. I had been flying around for about five (5) minutes when the wind began to pick up. As I was flying it back towards me to land a strong downdraft pushed the vehicle into a tree. It was caught up towards the top well over 60 feet. After coordination with CSX and the SherriIff's...

I called on Monday am and left a message. I no more than hung up the phone and they called me back. The owner came out that morning and gave me an estimate. He thanked me on the phone and in person for giving him the opportunity to quote the job! I could hardly believe it. In this area I am so used to people being rude and very short, like they are doing me a favor by talking to me, that this was ...

DESCRIPTION OF WORK
I needed two trees cut down that had fallen and were perched on the top of other trees from the recent storm.