Basement Remodeling
Sunrooms and Patio Enclosures
Kitchen and Bath Remodeling
Pressure Washing
Deck Maintenance
Pool and Spa Service
Licensing
Bonded
Insured
All statements concerning insurance, licenses, and bonds are informational only, and are self-reported. Since insurance, licenses and bonds can expire and can be cancelled, homeowners should always check such information for themselves. To find more licensing information for your state, visit our Find Licensing Requirements page.
Business Details 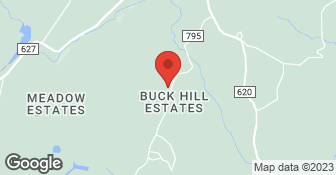 Family owned and operated, Backyard Boys Enterprise strives to be the best in town in both quality and customer satisfaction. We do our best to give every contracted client the most personal attention as possible to be sure we do the project just as they envision....

Specializing in interior and exterior painting, along with painting prep services such as pressure washing, light drywall repairs, and more! We guarantee your satisfaction and we won’t leave until the job is done right. We pride ourselves on the quality work we provide, while delivering great customer service! Check out our services offered and call or click to schedule a free estimate today!

Dos Amigos Landscaping & Grounds Management has been in business for 10+ years. We licensed contractor in the State of Virginia. Dos Amigos provides full landscape services to homeowners and commercial customers. Many of our residential customers enjoy annual contracts where Dos Amigos takes care of their lawn/landscape needs for one easy monthly payment.

Brandon seems like a very nice guy but the professionalism needs improvement. The quote we were given was significantly less than the final bill. We were quoted $600 and we knew the add on of mulch and frame would increase the final bill to roughly $1200 but then the final bill came in at $1600. The logic was not there to understand the difference. And most importantly, if I'm paying premium prici...

DESCRIPTION OF WORK
Assemble kid's playset in the backyard and build a frame around the perimeter to hold mulch.

After some trouble nailing down a time for service, they did arrive.  Communication was poor.  When they had a question about what to do with the posts, instead of asking me, they left.  This meant that there were several times that the team had to come back to my house (each time I had to re-initiate contact!) and either do more or fix something that they did wrong.  The two gates that they built...

DESCRIPTION OF WORK
We purchased an Angie's list certificate for several fence posts to be replaced.  After contacting the Backyard Boys, we also asked them to replace our gates and latches for the fence.  They didn't think that our posts needed replacing, so they nailed them back down and used our credit on the gates.  They did a terrible job.

Not well. BB is very friendly and professional, but they painted the fence and it almost immediately started peeling BADLY. I called them to come take a look at it and they promised to fix it, but since it was a garden fence we had to wait several months so they wouldn't accidentally spray paint my plants (in the garden). They came back in the late fall, right before it got too cold to paint and s...

DESCRIPTION OF WORK
Backyard boys painted my picket fence which borders a garden.

Went well, provider was polite and offered some good advice on prolonging the life of our fence.  Had to replace more boards than what was in the $99 deal, so that's why it cost extra.

Brandon is very responsive to calls and also was very willing to modify job as we encountered issues. The crew is generally very efficient and does sound work.  At times there were long delays in between phases of work and some work was not highest quality at first (he fixed all such instances immediately).  Ultimately we were very satisfied with the cost/quality ratio and the final appearance.  I...