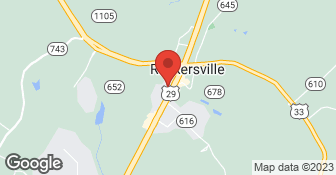 Cavalier Carpets has been installing flooring in Charlottesville and Central Virginia for over 25 years. We opened our showroom and retail business in 1999. Our friendly sales staff are knowledgeable, experienced and well-versed in all product lines. In addition to carpet, tile and laminate services, We also offer sanding and finishing of hardwood floors & sales & installation of acoustical ceilings, also Cabinetry....

DIY Kitchens | Baths is a Residential Design + Build General Contracting Company offering an exceptional home remodeling experience. We understand that to have a project considered successful we will be measured on work quality, completion schedule and budget. These components are always carefully considered and reviewed which is how we take the stress out of the remodeling experience for our clients. Mission Build with pride. Build with precision. Build with passion. Build respectful lasting relationships. Values Respect the time and investment of our clients and the environmental impact of our actions. Create and meet measurable expectations for ourselves and our clients. Be accountable for our performance. Conduct our business in a professional and ethical atmosphere.

At Remodel USA Inc.we are completely dedicated to meeting the expectations of our customers. One of the ways we ensure customer satisfaction is by maintaining our distinctive attention to detail while minimizing our installation time. For example, we can finish a complete bathroom remodel in only about 5-10 days, limiting the disruption to your schedule. We can also customize our services to meet your unique requirements,whether we're designing the ideal kitchen layout for your home or walking you through the sunroom selection process.

O'Jennings Home Builders is the premiere builder of custom homes in Stanardsville, Virginia. Our mission is to provide unparalleled customer service, exceptional quality and distinctive designs. Nestled in the beautiful Blue Ridge Mountains of Virginia, O'Jennings Home Builders was founded by James (Jamie) O'Jennings Wayland over a decade ago. While the company's main focus is designing and building luxury homes and estate properties, we also offer exceptional restoration services, custom deck building, and stable and pole barn construction. We encourage you to tour our online gallery of homes and let your imagination guide you as you plan your dream home.

DESCRIPTION OF WORK
We replaced all the floors in our new home, including bathrooms, kitchen, bedrooms and living/dining rooms. This required that the work be done in stages and in fairness to Cavalier, they were very accommodating and willing to hold on to our purchased flooring until we were ready to have each area installed. |- That said, there were difficulties with each type of flooring. Specifically: |- The installation of the tile in the bathrooms lacked expertise. It was very uneven and even they agreed that a portion of it had to be removed and re-installed, which, in fairness, they did without complaint. Despite promises to the contrary, we were left without toilet facilities for 3 days. They never re-installed the shoe molding, which we ultimately had to do ourselves. |- They installed half the kitchen flooring before realizing that they were laying the wrong material, again requiring removal and re-installation. |- While the installation of carpeting in half the house went without incident, the final carpet installation was delayed when it became apparent they had insufficient material to complete the installation and had to order more, in part because the new carpet was damaged,and in part because they had used too much carpet in the first stage of the installation. |Perhaps this is unusual for them and we were just the recipients of bad luck, but it was a frustrating experience.

They did a great job, calling me within 45 minutes of a web inquiry that I made an hour before they opened, they were able to come out an stretch a 7 year-old carpet that had started bubbling up. They came out the same day and were great to work with. They worked around several features that made the job more challenging (hearth, baseboard heater) with aplomb. I'd use them again in a heartbeat.

DESCRIPTION OF WORK
Stretch an already installed carpet that had developed several bubbles.