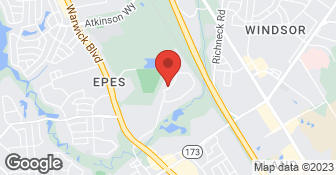 Call us today to let us take care of all of your Tree Service and Landscaping needs. (Winter Cleanup Specials offered) We offer the most competitive pricing in the market and we pride ourselves in having the best customer service in town. Let us improve your curb appeal today!...

DESCRIPTION OF WORK
Initially, I met the owner and his son, and he gave me a great price. He seemed like a nice, genuine person. We spoke several times and set up a time and a date for him to perform the work. Jose called and changed the first date saying he had to wait for the equipment. We set up a second date on a Saturday where I rearranged my plans to accommodate his schedule. After waiting for hours, I called him and was told that they were running behind. He gave the phone to his wife who said that they would be coming, but I never heard back. It’s been weeks now. Since that time, I’ve called and sent several text messages, but none of my calls and texts have been answered. I really wanted to use this company and am disappointed in the lack of response since the no-show date. I initially thought there might be a family emergency, so, I gave them SEVERAL days, before writing this review.

It went very well and after the work they cleaned up everything.

DESCRIPTION OF WORK
They did some yard work and removed some trees.

They did good work. They were on time, very professional and they had reasonable price.

DESCRIPTION OF WORK
They did landscaping and cut some trees.

Wonderful and excellent. They called me to ask if they can come earlier and they had reasonable prices.

DESCRIPTION OF WORK
They cut down some tree for me.

It went well. They got in and got out pretty fast. They did a fairly good job.

DESCRIPTION OF WORK
They cut down some trees and bushes. They removed my old deck and rotten fence.

They showed up about 15 minutes early which I liked. we briefly talked business while they looked around my yard. my yard is kind of big then they begin to work immediately as well as cleaned up after themselves and I can say I was thoroughly impressed when the work was complete

DESCRIPTION OF WORK
Lawn care flower bed and clean up

General Information
Licensed
NA
Insured
Yes
Free Estimates
Yes
Payment Options
Visa, MasterCard, American Express, Discover
Emergency Service
Yes
All statements concerning insurance, licenses, and bonds are informational only, and are self-reported. Since insurance, licenses and bonds can expire and can be cancelled, homeowners should always check such information for themselves. To find more licensing information for your state, visit our Find Licensing Requirements page.