Dryer Vent Cleaning
Air Duct Cleaning
Heating and Air Conditioning
Licensing
All statements concerning insurance, licenses, and bonds are informational only, and are self-reported. Since insurance, licenses and bonds can expire and can be cancelled, homeowners should always check such information for themselves. To find more licensing information for your state, visit our Find Licensing Requirements page.
Business Details 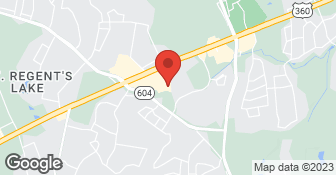 Hi folks, We have pushed our usual introduction statement down to prioritize a brief statement about the coronavirus pandemic that we find ourselves in the middle of. First of all, we want everyone to remain safe and follow the CDC guidance on how to prevent and mitigate the spread of the virus. With that said, the heating and air conditioning industry, for years now, has been in the unique position to offer to homeowners a product that has been scientifically proven to kill up to 99% of mold, bacteria, and dangerous viruses in the air and on the surfaces in your home. This product has been used by the US Military as well as hospitals and schools. The first 3 images in our gallery below, contain more detailed information about this product called the REME HALO. If the print is too small to read, you should right click on the image and save it. Then you can open your saved copy. Also watch a couple of the YouTube videos. Or... just go to actuneup.biz and click on REME - HALO. Give us a call to have yours installed. Hi folks. My name is Rakim and I and my son Charles own and operate this company together and are blessed to be given the opportunity to do so. I am a N.A.T.E. certified Master Tradesman and a father of 8. I'm training my son in the HVAC trade and on how to be successful while operating a business with integrity. Charles is a graduate of Monacan High School and J. Sergeant Reynolds Community College and has been in the trade for several years now. I have worked for a few of the largest and smallest HVAC companies in the area over the years and I know everything they are doing right and what they are doing wrong. We get it. We believe we can do a better job at service and keep the price more reasonable. So far we have proven that to be true. We are so sincerely appreciative of you helping us grow and being a part of our success story.

Kohmar is a professional air duct cleaning company. We use the most effective and powerful equipment in the industry and have the best trained and certified technicians. Don’t get scammed by other incompetent local air duct cleaning companies. Go to our website and check out our 12 step process of how we clean ductwork and see some amazing before and after pictures. Unlike many companies we charge by the square footage of your home so you know the price will not change once we get to your house. Also, we clean every piece of ductwork and register connected to your furnace so you know your system will be totally cleaned and we take before and after pictures to prove it. Call us today and start breathing a little easier. (804)382-9873 Kohmar has and continues to serve the following areas: • Richmond • Charlottesville • Petersburg • Hopewell • Colonial Heights • Amelia County • Caroline County • Charles City County • Chesterfield County • Dinwiddie County • Goochland County • Hanover County • Henrico County • King William County • New Kent County • Powhatan County • Prince George County • Sussex County • Atlee • Beach • Bon Air • Centralia • Chester • Chesterfield • Disputanta • Enon • Ettrick • Fair Oaks • Glen Allen • Glendale • Highland Springs • Kingsland • Lakeside • Laurel • Matoaka • Mechanicsville • Midlothian • Montrose • Moseley • New Bohemia • Prince George • Sandston • Short Pump • Soloman's Store • Varina • Winterpock • Williamsburg • Norfolk

See above. Ignore their discount card in ValPack. If you have used them recently with similar experience, please send letter to DPOR (Va Dept of professional licensing). They take complaints about non-licensed businesses as well.

DESCRIPTION OF WORK
Although I used them in 2002, I feel compelled to comment on this company on Angie's list. I was a first time homeowner at the time, and a single woman. 12/02 I brought them in for air duct cleaning, which had probably never been done before, and have no complaint about that service, reasonable price for service, around $509. Then they wrapped my exposed ducts with insulation, inside and outside to the tune of $800 & $600 on two occasions. I had had insulation hung in my crawl space the previous year, 2002, by another contractor, and they informed me that it had been hung upside down. So, you guessed it: I paid to have it flipped over, to the tune of $2160. I much later found out that it had been hung correctly the first time, and was incorrectly hung now. Obviously, I was quite ignorant, but at a high salary job at that point. If I had found out about the deception on timely basis, I would have sent a complaint to the Better Business Bureau. I wish I had had Angie's List when I was a new homeowner.

They came for an estimate, saying they would clean the air ducts and spray microban to kill mold. The first time they came they only partially cleaned, obviously the two young men had not been trained in how to clean vents. They did not clean most of the vents in the house, claimed they didn't understand what was expected. We called for them to come back and clean and second time and they still di...

Did not perform a complete or thorough job. The worker discovered a bird in the vent, and was reluctant to touch it, but after we insisted, he removed it. However, he left the vent clogged with substantial debris, including a large, active bird's nest. After they left, the dryer was stilll not drying properly, so we called an appliance repair company, thinking that the problem must be with the dry...

DESCRIPTION OF WORK
Was hired to cleaned out my clothes dryer vent.