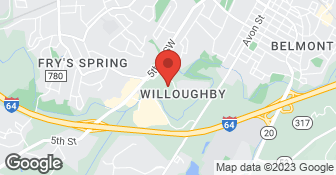 Family owned and operated, with 30 years experience, been in business since 1986, we have equipment to handle all of your outside needs, we are large enough to accommodate but small enough to appreciate! We are fully insured, we offer 24 hour emergency service for storm damage, we specialize in dangerous and hazardous removals, we are a prompt and efficient small business and your satisfaction is guaranteed. Payment is due upon completion of work unless otherwise specified by Will.

Great job and met all expectations. Would definitely hire again.

Made an appointment to have an estimate done on the job. We were to meet at 8 am. By 8:30 I was wondering where he was. Called with no answer. He left a VM that night saying that his power was out and phone was dead. I do have some empathy, but most people look at their schedule at least a day in advance, so even if you did not remember who I was or where I was located, presumably the phone could ...

DESCRIPTION OF WORK
Trimming a large tree away from the house

Hey [Member Name Removed], I actually called and left a message at 9am, not at the end of the day. I also mentioned in the message that we had a bad storm the night before and our power was out until 845 that morning. My phone died in the middle of the night and I wasnt able to get it back on until the power returned. I apologized for the missed appointment, but it was out of my control as I dont ...
A

We're *very* particular about our garden. Alex and his team did a great job of removing the trees with essentially no damage to the nearby shrubs and perennials. When we need tree work done in the future, Blue Ridge Tree Service will be our first call. Of note, they are very responsive via email.

Alex was extremely easy to work with. I plan to use him again. He has a great work ethic.

We needed a number of trees removed. The invoice and the initial consultation were great and professional, but it slowly declined from there. Multiple days of no immediate response, we didn't know when or if he would show up on any given day. We had to continually reach out to see if/when he would show up. There was only one worker which wasn't supposed to be the case. What should've been done in ...

DESCRIPTION OF WORK
2 trees cut down and stacked, 1 tree topped and trimmed, brush and log removal, 2 limbs removed from a tree, one downed tree cut and hauled away.