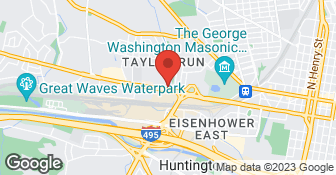 AMERICAN HOME SECURITY AND BURTEL is a family owned Small Business Security Enterprise providing RESIDENTIAL and COMMERCIAL electronic protection since 1972 for government, law enforcement, schools, embassies, military, business, property management, private enterprise and palatial estates in the Washington - Baltimore Metropolitan areas. For over 40 years, American Home Security and Burtel Security, have been providing system design, installation, thorough training and prompt response time for system maintenance, 24 HOURS A DAY, 7 DAYS A WEEK. Burtel Commercial Security is committed to earning the trust and respect of customers, employees and partners by providing open communication, responsiveness and accurate solutions. This is reflected in our A+ rating by the Better Business Bureau...

I have attempted to cancel our contract with Burtel/American Home Security but see above. As noted in my review, if you are going to sign a contract with Burtel/American Home Security, read the fine print, DO NOT agree to Point Seven-Automatic Renewal or Point Twelve-Exclusive Rights, make the contract for as short a period as possible and keep your hands on your wallet or purse..

DESCRIPTION OF WORK
On September 15 or 16, 2016, I contacted Mr. Erv Ambrose of Burtel/American Home Security to discuss the possibility of an upgrade to our home security system that was last upgraded in 2009. Mr. Ambrose sent me several proposals and noted that since we were long time customers, they would discount the price by $379 for a system that utilized our WIFI connection with a cell phone backup. The price for the upgrade would be $825.74. I thought this was too much since we have been Burtel/American Home Security customers since 1991. Therefore I contacted another home security company about installing a new system. On October 28, 2016, I notified Burtel/American Home Security that I wished to cancel our contract effective immediately. On October 29, 2016, I was notified by Mr. Rodney Dew that the contract we signed in 2009 for five years had been automatically renewed in 2014 for an additional five years and that we still had two years and seven months to the end of the contract and that if we wished to cancel, we owed Burtel/American Home Security $1333.00. Mr. Dew pointed out that: “Point 12 of the contract states under "EXCLUSIVE RIGHTS":  "Subscriber further agrees not to enter into a monitoring agreement with any other alarm or monitoring company or their agents during the term, either initial or renewal, of this Agreement.  Should Subscriber enter into such an agreement with another company, Subscriber agrees to pay AMS the entire balance remaining on this Agreement to the end of the then-current term.” It should be pointed out that this particular paragraph is on the back of the contract in small print. When I questioned the automatic renewal of the contract, Mr. Dew then informed me that: “Point seven on the second page of your contract supplies the verbiage regarding the auto renewal.  The small box above your signature on the first page is where you stipulated the term of the agreement as being five years.  You will also find your initials in the box agreeing to the term.” The initialed box contains no information about automatic renewal but refers you to the back of the contract where “point seven” can be found, again in small print. Like others who've reported problems with Burtel/American Home Security, I feel their business practices are predatory and shady to say the least. Their “reward” for 25+ years with them is to demand further payment. I would have stayed with Burtel/American Home Security except their prices are now way out of line with others in the industry. As a matter of fact, my new service installed their equipment, upgraded to a WIFI/Cellular phone back up at NO COST TO ME. I wish to warn others that if you are thinking about signing a contract with Burtel/American Home Security, be sure you read the fine print, do not agree to the “Exclusive Rights” or the “Automatic Renewal” provisions of the contract, make the contract for as short a period as possible and keep your hand on your wallet or purse.

I have spoken to Burtel - AHS multiple times by telephone and email, trying to cancel contract without incurring penalty fees.

DESCRIPTION OF WORK
Signed an home alarm monitoring contract in 2004. Be VERY careful of any alarm monitoring contracts you sign with this company. I have been a loyal customer for 12 years and recently found out that the contract I signed 12 years ago included an "auto renewal" clause for five year terms, with no further acknowledgement or signature required. Furthermore this contract has an "Exclusive use" clause which does not allow me to switch to another monitoring company without paying the entire balance remaining on the current contract. Canceling the current term also requires you to pay the entire balance remaining on the current contract. There are alarm monitoring services now available for 1/3 the cost of my current contract with no long term commitments required. I have lodged a complaint with the BBB about what I consider to be shady business practices.

AVOID. Predatory contractual practices. In 2012, just after a recent home invasion, I contacted this company to install home monitoring services. The sales and installation team were great but the service and equipment since have both deteriorated. Having payed now for months for a home security system that does not work, I called for servicing to the system. After requesting $200 just to have a t...

DESCRIPTION OF WORK
Discontinued service because I was moving

A
9 REVIEWS
Blue by ADT