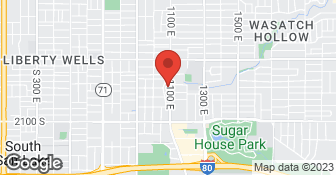 ReScope Drain Aid servicing the Greater Salt Lake Valley has over 20 years of qualified drain aid and plumbing experience. Our professional technicians are licensed and insured with multiple five star reviews detailing their dedication and knowledgeable service. From clogged drain cleaning to water heater & softener installation our team knows how to provide new installations, repairs, cleaning and replacements for your systems. No matter what products and services we provide, we promise to perform with top-notch ability, and to treat you, your property and your family with the utmost respect. We are pleased to offer our customers affordable plumbing and competitive prices. As an expense that most people simply can't plan for, plumbing service is a necessary thing that we'll make available when you need it most. Trust no one but the best to get your water running at peak performance, and call today to make your appointment!

Our goal as a family and a contractor is to help you maintain your homes plumbing system. We look at the whole system when you have a problem to ensure the cause of the issue is fixed. We want to provide a permanent solution rather than putting a band aid on a bigger issue. Your satisfaction is our top priority! We know there is a solution to every problem, and we pride ourselves in solving even the toughest challenges that other professionals cannot figure out. Integrity is the top priority for our company. We will never suggest a repair that isn’t in your best interest. Part of our job is to help you understand the inner workings of your plumbing system, the different solutions suggested, and what best suits your needs. Neighborhood Plumbing wants you to be comfortable and confident with your decision. We believe the first step is understanding what’s going to take place during the repair process. Call us today to schedule! (801) 675-0509 or 385-231-6031!

Great! Tony sure knew what he was doing for sure

Apollo was supposed to clean out the sewer line from my house to the street just before I purchased my home. Eight days after moving in, I had sewage backing up from both drains in the basement. It took five hours for professionals to clear the clog. Obviously, Apollo didn’t actually clean out the sewer line. Or, if they did, it was done very badly. If the line had been properly cleaned, this coul...

Ms. [Member Name Removed] was not our customer in this situation, we were hired by a contractor who was flipping the home for re-sale. The Contractor asked us to clean the sewer line as he was wrapping up final renovations, but several weeks before the home was occupied. The contractor had previously done a camera inspection that indicated there was debris in the line that the camera could not pas...
A

I was very happy to find someone who could come out the same day we called. The technician arrived on time was friendly and knew what he was doing. Very pleased with the work and would absolutely call them again.

Called around 9 am and able to get an appointment on the same day. I was told they'd come between 1 pm and 3 pm. As soon as it became 3 pm, I received a phone call with an update from Tony that he would arrive within an hour. I was at work and my husband stayed home to meet him. As I got home he was just leaving. He told us an approximate location of the problem in the drain and told us what optio...

DESCRIPTION OF WORK
Our main drain backed up and needed to be cleared. One of the toilets had to be removed for clearing.

The service was fast and efficient. I would call them again.

DESCRIPTION OF WORK
I needed a drain cleared and cleaned. The service was fast and efficient.

With over 30 years of experience, Apollo Rooter is family owned and operated. We specialize in all types of drain and sewer cleaning procedures. Legendary Service, Down-To-Earth Price. Give us a call for a Free Telephone Estimate.