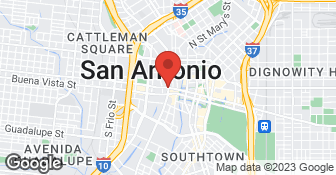 We were told it would take about 8 weeks, the only reason it was finished in 16 weeks was I told them it had to be done for an event we were hosting and contact the owner of the business. When demoing the window just broke the glass out into the yard below and left broken glass. We not show up or contact us for a week or two then want to complete one task. project manage would state he was coming ...

I got a hold of the owner regarding the issue, they were very apologetic and upset that this was happening.They tried to reach out to the project manager to figure out where things were and what's going on.I spoke to the owner, he called me because I was trying to find out from the project manager when they were going to finish the baseboard and put on the door and finish some of the trim work aro...

DESCRIPTION OF WORK
Trying to resolve the issue.

They told me it was going to take eight weeks to renovate a master bathroom, closet, redo tile and carpet throughout the house.They have to do all three bathrooms and there's one bathroom was partially done.We still don't have our master bathroom done, and that was almost four months ago.They were supposed to do two full bathrooms and a partial.They were supposed to remove and replace all the lami...

DESCRIPTION OF WORK
They were hired for a home renovation.

DESCRIPTION OF WORK
I have used Arturo for 10 years now for painting. He's reasonably priced, yet does a meticulous job. He also took on a tile job I had because he is connected with others who also do very good work. We are currently having tile put down in the entire house. Then Arturo will come in and re-paint the trim.

Started communicating with ACT representative in December. The project was pretty simple and I was told that he could beat Home Depot's price. I asked for detail quote and was sent a dollar amount. I asked for him to break it down and it broke it in half. $600 to two and a half cabinets and $600 for installing the sink cabinet, granite counter top and installing the faucet. I told him I thought th...

DESCRIPTION OF WORK
I am a Direct Buy member and was referred to ACT by them. I simply needed some cabinets I purchased to be installed and then for him to provide me with a small granite counter top. I just needed two and a half cabinets hung and then one small vanity installed with a small granite counter top. This is for a laundry room, so nothing extravagant. I started talking to the representative in December and by the end of February I had wasted enough time with them and told them I would never use their services. All this was done via phone and email, never met the man face to face, nor did he come look at the project.

First, it is important to remember that you called in between Christmas and New Years when our offices are closed. I checked messages and at least did the courtesy of a call back to let you know I would be in touch when we opened back for 2011. I did call back in early January, after we were back in the office. You chose to not call back for several weeks. We did play a lot of phone tag after that...

General Information
Bonded
Yes
Insured
Yes
Free Estimates
Ask for Details
Payment Options
Check, PayPal, Financing Available
Senior Discount
No
Emergency Service
No
Warranties
Yes
All statements concerning insurance, licenses, and bonds are informational only, and are self-reported. Since insurance, licenses and bonds can expire and can be cancelled, homeowners should always check such information for themselves. To find more licensing information for your state, visit our Find Licensing Requirements page.

A
55 REVIEWS
Champion Windows and Home Exteriors of San Antonio