Auto Service
Auto Sales
Auto Accessories
Auto Body Work
Licensing
Insured
All statements concerning insurance, licenses, and bonds are informational only, and are self-reported. Since insurance, licenses and bonds can expire and can be cancelled, homeowners should always check such information for themselves. To find more licensing information for your state, visit our Find Licensing Requirements page.
Business Details 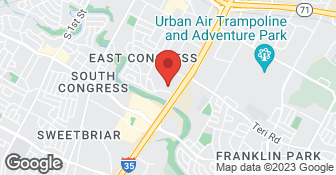 Thanks for your interest in doing business with us. We at Sterling Auto Collision would be honored to help you. We work on all vehicles, but specialize in high-end European models. We work with all insurance companies and manage your claim from beginning to end. We advocate for your best interest and make sure your vehicle is repaired with excellence. We provide a warranty through National Lifetime Warranty Center, so your warranty is valid across the United States. Please stop by for a complimentary estimate or advice today.

I made an appointment. I told them I'd be there early that morning. I was there and I didn't get out until 11 o'clock. They moved cars around me. I had several clients that I had to go see. I just finally told them, "I've got to go." They did the oil change and said, "You come back and we'll do the rotation." I said, "I won't be coming back." I would give the guy that was doing the work an 'A' on ...

DESCRIPTION OF WORK
I have used them for auto service.

I would continue to use them in the future.

DESCRIPTION OF WORK
I take my car to the dealer. I use Chrysler Jeep Dodge for an oil change.

I didn't like the fact that they had to rebuild the front end of my car. 2 years later it needed to be rebuilt again. I was told by another shop that if they had replaced a few more of the parts that were worn that I wouldn't have to do it again.

DESCRIPTION OF WORK
They rebuilt the front end of my car.