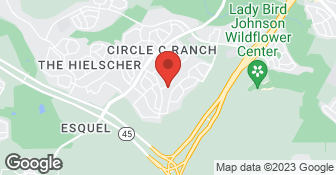 I've had many experiences with contractors over the years,,In our contract was a clause wich defined the start date and the finish date explicitly and we agreed to an amount of forfieture if this date was not met..Work began on the start date and finished exactly on the propsed finish date...As with all home owners changes are always possible during the construction process ,,these can change the ...

DESCRIPTION OF WORK
Mike came in and replaced all our tile floors with wood,,he smoothed out the popcorn ceilings,,took down a wall between the kitchen and living room and replaced it with a island 4 by 8 feet in size. he also restained the pergola which is on our deck..later we had him back to place a cover over the pergoa and put in two fans with lights to create a breeze on the deck surface

Everything started out well...however, as time went on, workers would simply walk off the job...materials used were of poor quality...Mike Beardsley became more and more unreliable.  He promised on several occasions to fix some of the work that had been done (bad boards, poor and weak construction), but repeatedly refused to return to try to fix the mess he created...and repeatedly refused to retu...

DESCRIPTION OF WORK
Attempted to build, finish out, and seal a new deck and wood fence.

Overall, the project was a complete disaster! (Simply refer to the detailed comments in the "Services Performed" section of this report.)

DESCRIPTION OF WORK
Mike Beardsley (Alamo Construction) was contracted to build a deck per the designs by me, the customer. The quality of the work, from the start, was very poor.  At some times, for no professional reason and no explanation, the workers would simply walk off the job...usually to re-appear later in the day or the next day. The wood used (for the deck) was of inferior quality...there were numerous chips, cracks, holes, etc. in the wood that was used.  I tried, on numerous occasions to get Mike Beardsley (the Contractor) to replace the inferior wood that was being used on the deck...he repeatedly refused to take any remedial action...it was his opinion that the wood was "acceptable".  I should have stopped the project, there...but, unfortunately, I did not, thinking Mike would "make it all right, somehow"...hoping the stain would "cover up" the poor construction and the flaws in the wood that was used. The staining process was the "last straw".  I selected the color...and, for some reason, the workers used stained cloth pieces and "rubbed" the stain into the wood in "circular" fashions...of course, the end result was a disaster.  The "hand-staining process" left a spotted, streaked, uneven look on the wood that was stained. Since Mike Beardsley provided me no solutions to my problems, the only option that I could think of, at that point, was to spray an additional coat of the stain over the "rubbed into stain" to try to get an "even" and "smooth" look to the stain... BUT...we discovered, too late, that a second coat should NEVER have been used on top of the first.  I HOLD THE CONTRACTOR TOTALLY RESPONSIBLE FOR HIS INCOMPETENCE WHEN IT CAME TO THE STAIN...THE LABELS ON THE CANS OF STAIN SAID THAT A SECOND COAT SHOULD NOT BE USED, CAUSING AN INFERIOR APPEARANCE!  I trusted the Contractor to have the knowledge regarding how to stain a deck he was trying to build...that trust cost me over $7,000! The deck now was/is a disaster...but, at least, I wanted the Contractor to replace some of the cracked and chipped wood...his suggestion was to use a "wood filler" and stain over that wood filler...reluctantly, this I did, myself...the Contractor would not do it for me, even though I was paying him to do the entire job...this (wood filler process) resulted in an even worse problem, because staining over the filler turned the wood an even darker color.  Since that problem was a disaster, I asked the Contractor, again and again, to replace the cracked and chipped boards...at least, the horrible ones that had been treated with the "wood filler"...Mike Beardsley (the Contractor) promised, again and again, that he would do so. I was foolish to believe he would do the right thing and "fix the problem"...but, soon, thereafter, he simply walked away from the job...and, to this day, he never returns any of my phone calls...needless to say, I am "done" with Mike Beardsley! I now have a horribly botched deck...a total failure...a deck that I am ashamed for my visitors even to see...the deck has not been used ever since Mike Beardsley left me with this botched disaster.  Because of the incompetence of Mike Beardsley, the only option I now have is to "start over"...the option to re-work the entire project...and I will never, again, forget the name of Mike Beardsley.  I would NOT...EVER...recommend Mike Beardsley to anyone regarding any construction work...NEVER...NEVER...NEVER!!!

Overall, not well.  I'm still trying to get him back out to honor warranty issues -- He is not returning any of my calls.  Here are the major issues: 1.  He used interior drywall screws to attached the baluster shoes to the lower rail (see attached photo).  When I asked him why he used drywall screws, he informed me that he painted the top of the screws so they would be sealed; of course, when it ...

Construction started November 2011 and was to be complete February 10, 2012.  Contractor filed bankruptcy in June of 2012 and walked off the job.  He listed me as a creditor because  he was paid in full and would not be completing the work.  He walked off the job in June and I have not seen him since except at a bankruptcy hearing.  The work done was severely substandard and dangerous.  The range ...

General Information
Licensed
NA
Bonded
No
Insured
Yes
Free Estimates
Yes
Payment Options
Check, MasterCard, Visa
Senior Discount
No
Emergency Service
No
Warranties
Yes
All statements concerning insurance, licenses, and bonds are informational only, and are self-reported. Since insurance, licenses and bonds can expire and can be cancelled, homeowners should always check such information for themselves. To find more licensing information for your state, visit our Find Licensing Requirements page.

The Glass Guru of Austin

A
141 REVIEWS
Home Pixel of Austin

A
1 REVIEWS
Renewal by Andersen of Austin