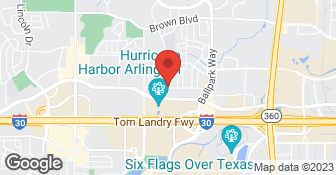 Our family business has been serving the Dallas/Ft. Worth area for over 38 years! We pride ourselves on providing exceptional service and guaranteed satisfaction at the best possible price. Our values include professionalism and timely work. Give us a call for projects of all sizes - from estates, starter homes, high rise condos, investment properties and retail locations and restaurants. We will personally help you every step of the way without delay! We would LOVE the opportunity to prove why we are one of Dallas's top general contractors!

We have over 30 years of experience in residential construction in the DFW metroplex. We specialize in room additions and remodeling. Please give us a call to discuss your project at your convenience.

Blue Line Remodels is owned and operated by current and former U.S. Military Veterans and Public Servants. As fully-certified, licensed, and insured professionals, we are ready to tackle anything from the most complex and large-scale commercial projects to modest residential makeovers. We are fueled by our commitment to excellence, and we strive to go the extra mile to ensure our clients' satisfaction.

It was completed in the time frame and was done with excellant detail. Two mistakes were fixed within weeks. The quality of the work is hard to surpass. We know that we will enjoy this home for years to come.

Building a home with DR Horton has been one of the worst experiences I've ever had. So many mistakes that would be part of the finished product if I wasn't able to stop by nearly daily. Quality is very low on the priority list. All that seems to matter is how fast they can slap things together. The salesman has proven completely untrustworthy, and the obstruction supervisor is either unwilling or ...

DESCRIPTION OF WORK
Building a home

I really like our sales people & really wanted to like the building process, but it was just the worst building experience we've ever had.  There were multiple mistakes and delays.  For starters, they accidentally sold the same house plan on the lot next to ours & we ended up changing to a spec home, but they did offer us a good price with a generous upgrade allowance.   Design center - friendly, ...

DESCRIPTION OF WORK
I bought a house in Little Elm last year from DR Horton. The house was a spec home, so I bought it already under contruction. Overall the house was well built and looks beautiful, but I had the following issues: 1. When I went in for my first walkthrough, the house was filthy and had not been cleaned. There were also several paint touch ups that needed be be fixed. My realtor and I were at the house for more than two hours pointing out paint touch ups and other small issues. It was as if the builder didn't inspect the house before we got there. 2. During my first walkthrough, the builder tells me that he has to add a second attic entry to my house because the first one wasn't built right. They had to take out a hallway overhead light for the entry and replace it with a wall sconce light. What modern house has one of those on the inside? 3. I communicated with the builder to confirm that all items would be fixed by my final walkthrough that was also the same day as closing. I show up and 4 of the items were not fixed, but he promised they would be fixed that day (which would be after closing). They fixed all major items, but it doesn't build confidence that you walk in on closing day and they haven't fixed the items and want you to sign a form that says everything is fine when its not. 4. The mortgage process was an absolute nightmare with DR Horton Mortgage. They were very reactive and last minute about everything. All the way up to the day of closing they were last minute. They had 3 month's notice to prepare for my closing day and still weren't ready. They told me to stand by the day before closing because they weren't sure if they would be ready. I had to call them several times to ask if they needed documentation. As a customer, I had to be very proactive because they were not. Truly miserable experience just to get a loan.