Mold Testing and Remediation
Basement Waterproofing
Foundation Repair
Lead Testing and Removal
Water and Smoke Damage
Licensing
Bonded
Insured
All statements concerning insurance, licenses, and bonds are informational only, and are self-reported. Since insurance, licenses and bonds can expire and can be cancelled, homeowners should always check such information for themselves. To find more licensing information for your state, visit our Find Licensing Requirements page.
Business Details 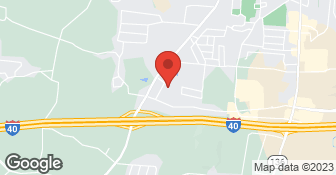 Master Services is your local, certified basement, crawl space, and foundation repair specialists. They specialize in professional services that improve the health and functionality of your below-grade space: Basement Waterproofing Crawl Space Repair Sump Pumps Foundation Repair Concrete Lifting and Leveling Humidity and Mold Control We will make your basement, crawl space, and foundation safe and usable. With free, no obligation estimates, patented products, and lifetime warranties you can rest assured we have the best solution available on the market to fix your problems permanently.

DESCRIPTION OF WORK
They removed mold from my crawl space, encapsulated it with plastic, installed two sump pumps, and two dehumidifiers. During the week they actually did the work, they were punctual, responsiveness was good for awhile, professionalism was good. For awhile after the work was done, my phone calls were answered and questions were answered. A year or so after the original work was done (and by the way they had given me a lifetime warranty on their work) there was no follow-up although they had agreed to come back once a year to be sure all was well. After the first annual visit, my phone calls went unanswered so I finally gave up and called another company. They said that Atlantis did not do the correct work to fix the problems in my crawl space, and that this wasn't the first time they had to follow up on work done by Atlantis. I hate to give anyone an F but I think Atlantis deserves it.

Should up when they said they would. Completed on time. Everything was good.

Prior to any of the work being performed, Atlantis brought their commercial-grade fans and dehumidifiers to my home and dried out my crawl space. I got several bids from other waterproofing companies and Atlantis was the only company who offered to do this! I felt this company did not try to oversell me on things I did not need. Dwayne Spencer, owner of the company, addressed all of my concerns an...

This was a great customer from start to finish. Lots of questions but very fair.Payment for services rendered was timely, and complete. I would recommend (removed member name) to any contractor that has the ability to follow thru. Atlantis is about solving problems, not just making a sale. This project was very large and complex,requiring a great deal of expertise and attention to detail. We under...