Handyman Services
Gutters
Gutter Cleaning
Flooring Sales and Installation
Drywall
Decks and Porches
Awnings
Licensing
Bonded
Insured
All statements concerning insurance, licenses, and bonds are informational only, and are self-reported. Since insurance, licenses and bonds can expire and can be cancelled, homeowners should always check such information for themselves. To find more licensing information for your state, visit our Find Licensing Requirements page.
Business Details 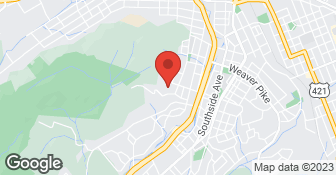 Carter Clean, LLC, is a locally owned and operated company based in the heart of Johnson City, TN. We specialize in pressure washing, professional window cleaning, concrete cleaning, roof and gutter cleaning. With a staff of over 30 years experience, our team of trained professionals are equipped to handle any type of exterior cleaning requested. Licensed and insured, we guarantee our work. We build long term relationships with our clients, and look forward to building a relationship with you! Call or text us today at 423-202-2950 for your free consultation!

We are a family owned and operated business We were established in 1979. Our estimates are free and we do not require money up front, just payment upon completion of job. We sell to the homeowner as well as the contractor and if you need us to install, we can do that too. Our window and siding crews have been with us for years and are very efficient at their jobs.

We are a full scale small business that covers just about any basis in construction for very reasonable prices. We take pride in making our customers happy, and we wont leave until the job is done right. Click or call to schedule an estimate today! We also offer discounts for military, senior and special needs.

I know this is the BEST roofing company in the Tri-Cities. I've had this roof for four years and still not a problem. It should outlive me. I highly recommend this company.

DESCRIPTION OF WORK
complete re-roof after the storm

DESCRIPTION OF WORK
The date is approximate and Mr. McCallister has followed up about additional work that we discussed, but are now unable to complete until Spring 2016. Mr. McCallister installed a roof line vent with which our home, built in the early 1960's, never had. He also fixed several loose shingles at no additional charge while he was on the roof and observed the state of those shingles. He gave us much needed advice on how long he expected our roof would last and suggested we begin to save now toward that expense so it wouldn't catch us off guard. We also replaced flashing which had come off one side of our house. In addition, we decided to have him look at either installing new columns or finding a cost effective way to cover the existing support beams for our front porch. He brought us a sample of something we had never considered and also did measurements and alerted us that one side of the roof over our porch had recessed by an amount that needed to be addressed. We knew there were problems, but didn't know the extent of the damage and what it could cause if we let it go too much longer. Our intent is to hire Mr. McCallister to do this work in the Spring. I would recommend him to any of my friends. He was kind, considerate, honest, showed up on time and did excellent work. We have been "taken" on more than one occasion by sub-par contractors. Once to the tune of $10,000. That's why we decided to join Angie's List. As a home owner, there are always things that must be done to your home; from maintenance to full remodeling processes. After working with an attorney on the $10k loss, we found out that homeowners are the ones at risk. To me, Angie's List is not an option now; it's a necessity.

It was a great experience.

DESCRIPTION OF WORK
Had hail damage called many different roofing companys, everyone said it would be weeks before they could and give me a estimate. I called Roofing by McCallister he came the next day. I feel I got a great price. The crew members were very nice, clean, and fast. My roof turned out amazing. Mr. McCallister also reviewed with me what they had done step by step; which told me he knew what he was doing. I have since then referred him to everyone I know. This is a great company and I found out he was in the BBB too.

Well , I just wanted to say thank you for the review and good report, I m just now noticing your reply, as I think I had a previous account and got another or something, but anyways, thanks , keep us in mind for any future projects. If you ever have any problems or questions,you've got my number ! ( Roofing by McCallister)