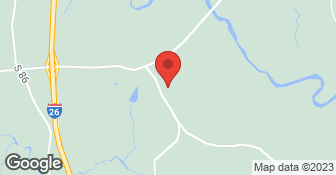 Rely on us to keep your trees and property looking healthy and beautiful with a quality service that is within your budget. No job is too large or too small for us, so we give equal importance to every project. 24/7 EMERGENCY SERVICE & 10% OFF VETERANS, FIRST RESPONDERS AND SENIOR CITIZENS! Our services include tree removal, tree trimming, tree pruning, stump removal and stump grinding. We have a reputation of providing 100% customer satisfaction.

We have the experience and dedication to bring your dreams to reality! We guarantee your satisfaction, and we won’t leave until the job is done right. Call or click to schedule a free estimate today!”

I had JWA give me an estimate to remove a large, old tree. I was quoted a price that seemed fair and, because I was told that they had other work to complete in the same area, we left a service date open-ended, but with the assumption that it would be by early the following week. When I had not been contacted by them by the following Tuesday, I called and spoke with the woman who scheduled the est...

DESCRIPTION OF WORK
Nothing. They did not show up, even after I had been told they would "for sure."

I called and he immediately told me what was needed, what he could do and even put my mind to rest, calliing my landscaper and discussing how big of a hole he needed to make because the trees that were cut down were being replace with 2 more. He was on time, did great work and cleaned up all the debris that he made. I was very please and would surely call on them again.

This company gave us the lowest estimate BY FAR. The crew was very nice, and the work was excellent. Our yard was cleaner when they left than when they showed up.

DESCRIPTION OF WORK
We had all of the limbs over the house cut back, one tree removed, and another one that had already fallen removed.