Exterior Painting
Interior Painting
Deck Maintenance
Decks and Porches
Wallpaper
Licensing
All statements concerning insurance, licenses, and bonds are informational only, and are self-reported. Since insurance, licenses and bonds can expire and can be cancelled, homeowners should always check such information for themselves. To find more licensing information for your state, visit our Find Licensing Requirements page.
Business Details 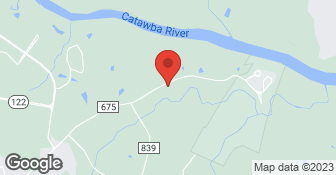 We offer a wide range of residential and commercial pressure washing services to include, but not limited to, house washing, roof and gutter cleaning, parking garage cleaning, solar panel cleaning, building washing, and window cleaning. Our Eco-Friendly Mission We value our high environmental standards and we use environmentally safe products only.

Poorly. House wasnt completed before we moved in, colors were wrong, and we had to have them come back multiple times.

We had our house painted several years ago and part of the contract was pressure washing the house every year for 5 years. The first time we had this done (8-9 years ago), there were not too many problems with the annual follow-up. We used them again a few years back and are still in the 5 year pressure washing window. We finally got someone out here last year, but they pressure washed quickly and...

DESCRIPTION OF WORK
We had our house painted several years ago and part of the contract was pressure washing the house and doing necessary touchup every year for 5 years.

DESCRIPTION OF WORK
My house painting contract included pressure washing the house once per year for the next five years.

I previously used Albert about 10 years ago on a different house.  Was very pleased with their quality and follow--up service at that time. The quote that I received from Albert was the most expensive quote received, but I was sold on the 5 year warranty.  As Albert advertised, "It is cheaper to do it right than to do it twice." Problem is that they did not perform the service as quoted.   They we...

2 men, 1 experienced, 1 not, provided service over course of 9 working days out of 10 calendar days. deteriorated masonite and trim replaced with Hardie board and replacement trim. siding painted and trim painted.