Landscaping
Lawn and Yard Work
Tree Service
Lawn Fertilization & Treatment
Lawn Irrigation
Licensing
Bonded
Insured
All statements concerning insurance, licenses, and bonds are informational only, and are self-reported. Since insurance, licenses and bonds can expire and can be cancelled, homeowners should always check such information for themselves. To find more licensing information for your state, visit our Find Licensing Requirements page.
Business Details 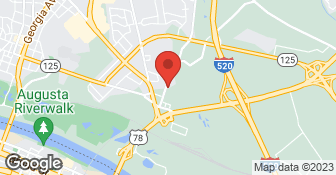 We're a lawn care service. During the winter months, our specialty is painting the grass green for those who want greener grass all year round....

Professional Services at Profound Prices Servicing Residential and Commercial Properties -Pine Straw & Mulch -Grass Trimming -Weed Control -Pressure Washing -Debris Removal With over 15 years of landscaping experience my business offers premium pine-straw bales to bring your yard to its finest. I offer both short and long needle pine-straw I look forward to expanding my clientele by servicing your properties. If you require any of my offered services feel free to contact me at 478-206- 9384and I look forward to providing you with the ultimate experience of professional lawn service..

I am a retired police officer that can't just sit around and do nothing. Please contact at 803-507-5453 I have been in business since 2006 and retired in 2011 so could dedicate my full attention to my business, and help others service their lawn care needs. I want to please my customers, therefore, I guarantee my work. I give free est. I am insured and bonded. Call me for more information on how I may be of assistance to you.

nothing went to plan. never finished anything and everything was done poorly. grass died. i spent my own money to try again with laying down seed. patio not done. no one from the business knew what they were doing. extra sod never was picked up and just turned into mush. went to bbb and he did not followed through the agreement.

DESCRIPTION OF WORK
Work was to begin on 3 rental properties in the middle of September 2012. The work did not begin until after 4 weeks later and after the city of Augusta where the first property he was suppose to do work on billed us for mowing the property after Mr. Berry (who was informed of the notice and the final date in advance) failed to do in the time required. Additionally Mr. Berry had his crew of 2 do some landscaping work and cleared some bushes at the property where his crew was living was this work was not done until AFTER his crew was forced out by eviction.

WE purchased his service via a coupon deal in th local paper - paid for two cuttings knowing that we were looking for long term and would sign a contract with a reliable company.  Services were paid in full at the time of the "agreement".  We tried calling numerous times and got no answer or a full voice box.  He finally called us back on a different number than the one we had provided him as he g...

DESCRIPTION OF WORK
He cut the grass and trimmed the yard.  I was not there when he did it as he did not show up when he was supposed to - I had unfortunately  paid him already so he did not have to wait to see if I was happy or not.   The neighbors were not happy with him blocking the street on  garbage day  and leaving his business cards in their doors ( neighborhood is clearly marked NO solicitation).               I took the loss and hired another company to cut the grass -

I called, I bought, he agreed, he took my money - he never showed.     I should have known better than to take advantage of a coupon deal from this guy - he has been in business for less than a year -  If you want your grass cut don't hire this guy - he only works with money upfront That should have been my first red flag.

DESCRIPTION OF WORK
I responded to an advertizement for services from this company to cut the grass at my home - I paid for 2 sessions to cut the grass and called and left a message with the owner Rick to schedule an appointment.  I was flexible and available to do it at HIS convenience.  I had to make 3 phone calls to him to get a call back and at that time I told him the week of September 24th would work for me - He did not show, call, or in anyway contact me to cut my grass.  I called him - he gave me the song and dance about being busy and doing the churches and blah, blah,....  I asked him when I would be scheduled to have my lawn cut.  His response was that " HE couldn't speculate" but that they were having a meeting on the afternoon of the 24th between 1 and 2 and he would be calling between 3 and 5 to schedule everyone.   Welll.......   5 days later and I still get no phone call back and my calls to him go straight to an answering machine.

March 6, 2013: We have just become aware of this customer' s complaints; we are sorry we failed to meet his expectations and are following up to try and ensure satisfaction. We had a coupon promotion with the Augusta Chronicle daily deal in August, and received 101 responses, when we expected 30. We were totally overwhelmed, and it appears we overlooked This customer's requests. We will act prompt...