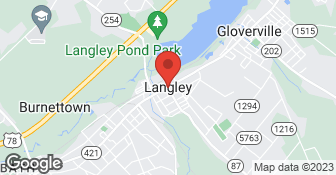 A hardworking and honest company. Profoundly dedicated to customer satisfaction ....

I thought it was going well at first About a year later there were leaks. I got the new roof in 2012 and had to replace it in 2018.

I thought the job was going well until about six months later when the roof started leaking. At first they sent Mike out to repair and he repaired it for nothing. Then it started leaking again. The next time he came out I was charged an exorbitant fee. After that, I had the outside of my house repaired and painted. Still had leaks. The company that came out and did the painting and wood siding rep...

The roofers left old tar paper in place and tried to skip placing new tar paper over the old. They 3-nailed rather than 4-nailing each tab. They played cat and mouse trying to get away with these shortcuts when we weren't watching or were on the other side of the house. Every roofer was Mexican and non-English speaking and the crew worked unsupervised. We had to supervise but could not communicate...

DESCRIPTION OF WORK
Replace Roof, redo a small section of gutter/downspout that was interfering with the roofing.

Did not hire because we could not get a call back.

DESCRIPTION OF WORK
Found the company through an internet search for window replacements. Their web site is very nice and seemed like a company we might want to work with. I called twice, and both times a lady said someone would call back to discuss my needs - but no one ever called.

Awful. They showed up to do work , didn't have paperwork with them didn't know what to do. Owner didn't show up to get them started. I had to tell them what to do and show them my paperwork. They did the work . Not two months later had a major leak in one of the vents in house. Leaked so bad had to put a pan under it to catch water. They came back out and calked the vent and said that was all they...

General Information
Bonded
Yes
Insured
Yes
Free Estimates
Yes
Payment Options
Check, Visa, MasterCard, Discover, PayPal, Financing Available
Senior Discount
$200.00
Emergency Service
No
Warranties
Ask for details
All statements concerning insurance, licenses, and bonds are informational only, and are self-reported. Since insurance, licenses and bonds can expire and can be cancelled, homeowners should always check such information for themselves. To find more licensing information for your state, visit our Find Licensing Requirements page.

A
54 REVIEWS
Champion Windows and Home Exteriors of Augusta