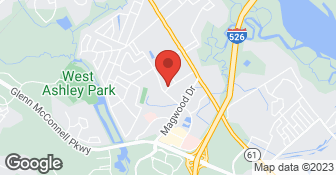 OWNER OPERATED BUSINESS, WITH A LICENSED BUILDER WHO IS DEDICATED TO MAKING SURE THAT YOU GET THE QUALITY YOU DESERVE. SC LICENSE # 48645 EXTRA CHARGE FOR AFTER HOURS SERVICE. MAY CONTACT THROUGH EMAIL....

Why Choose Express Sunrooms? We are Certified Master Builders with a Five Star Rating. Each of our project managers have the education and experience to direct your project in the most efficient way. Our hands-on approach is what separates us from a lot of larger companies. Our company was founded on the following principles: 1.We have all necessary City, County and State Licenses 2.We are Bonded and Insured 3.We Guarantee our estimates 4.We Guarantee our work 5.We have a No Risk No Pay Guarantee 6.We arrive on time 7.We clean our work area 8.We return all calls 9.We keep our promises 10.We are Factory Trained - Certified Master Builders

Exterior Painting Company and authorized dealer of Rhino Shield in South Carolina. Rhino Shield is is an exterior ceramic coating product that is applied to the painted areas of your home. It looks like rich, fresh paint and has a 25 year Warranty against cracking, chipping and peeling.

It was good and not-so-good. Generally, the quality of work was good, especially the work done by his subcontractors. The kitchen floor was a bit of a problem, though. It's a little lumpy under the linoleum. I've tried getting back to him a few times about it, and I haven't yet received a direct response. Most everything else he and his subs did was above average. I just wish my floor weren't lump...

DESCRIPTION OF WORK
He renovated our kitchen.

Exceptional.  They are very talented.

DESCRIPTION OF WORK
put up sheet rock, finished all drywall work, and painted walls and ceiling, and trim work.  Came in on time and at budget.

My wife and I were very pleased with the overall experience. They gave us a fair price and the doors turned out great. We will be calling them again in the future for more house renovations. Thanks!

Great!  Additional words are not needed.

DESCRIPTION OF WORK
A number of tasks were performed over several days.  These include several plumbing issues, a new roof, pressure washing, painting and some genersl repairs.  The work was excellent and worth the price paid.  When I need some additional work done, they will be the first I call.  If the price seems reasonable, they will get the job.  It is without hesitation that I recommend Brothers Builders.

I wish he had stated from the beginning that he could not or would not do the job. I don't think he wanted to make the effort once he knew I was getting other estimates.

DESCRIPTION OF WORK
I called Brothers on July 25th. I was told I would be called back with an appointment when he returned to the office. I recieved a call on the 26th and an appointment was made for the 27th. I told him I had another company coming the same day and the appointments might run together. I asked if that would bother him and he said it would be okay. He called me mid afternoon of the appointment day and said he was sick and wouldn't be able to make it but would call to reschedule the next day. He called the next day, stated that the timing was inconvienent for him and that he wouldn't give and estimate for a job he wasn't going to do. He did apologize.

I have recently changed my coverage era and this Job was beyond where I am servicing.I Realized It would not be in my best Interest to do this job so I Promptly called the customer and let her know I would be unable to do the job at this time. If I don't plan on doing the Job it is a waste of both of our times to estimate it!