B Rated | 42 Reviews
Request a Quote 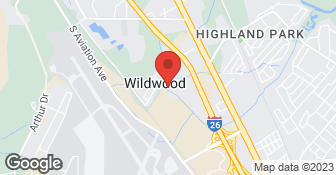 Additional Contact: Michael Dunkerley. Bartlett Tree Experts has been providing scientific tree care since 1907. A 3rd generation, family owned business, our mission is the maintenance and care of the health and beauty of trees and shrubs. We are an international organization, with offices in Canada, England and Ireland. Our Research Laboratories advises us about the latest technological advances in arboriculture and assists our arborists with training updates. The laboratory networks with professionals at universities, government agencies, and allied industry groups. This enables us to provide state-of-the art procedures and techniques to our clients. Our arborists consult with other professionals for common projects and community interests. Our unique position in the green industry helps us further arboriculture as a science and a profession. We believe in providing preventive property maintenance to avoid landscape problems or treat them proactively rather than using reactive maintenance methods that are driven by situations and events. TCIA Accredited, ISA Member, TCIA Member, ISA Certified Arborists, ISA Certified Master Arborist. Award winning....

Waited about two weeks just to be scheduled then scheduled for a week and a half later only for them to cancel on us on the last day saying their chipper was down which is bullcrap ! Then they said they will get back to us on re-scheduling! I am no fool and I know when someone just does not want to do a job ! I guess not enough money !

They did not grind the stump and made a dent in the retaining wall on the terrace but it's hardly noticeable.

It went perfectly. Todd came out and provided an estimate, explained what they would do, sent us a written estimate in less than 24 hours, Eddie and his helper showed up on time, completed the work in 7 hours (Todd also showed up to survey the work in progress and make sure his vision for the oak had been executed), and left the grounds neat as a pin. I am sure there are less expensive providers a...

The live oaks surrounding our home had not been trimmed in recent years and were overhanging the house.  The work was done professionally from the office staff, to the repersentive  who provided the estimate (Cameron), through the crew who completed the work.  This was not an easy job as most of the work had to be done while climbing the trees with ropes and pulleys to get to the limbs overhanging...

From the very beginning, everyone I interacted with was AWESOME.  We had two companies come out for a quote, and Bartlett had the lower quote.  I also loved that their guys are certified arborists; they really know their stuff and care about maintaining the health of the trees-- not just whacking at them.  After I decided I wanted some additional limbs cut from other trees, Cameron promptly came b...