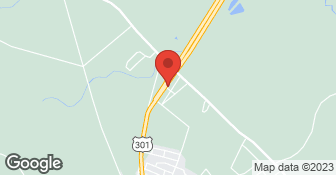 DESCRIPTION OF WORK
Three trees were removed from our property, and stumps ground, with clean-up. All the work was done within the day. The guys doing the job were very respectful of our property, especially since we have a septic system and were concerned with the excess weight of the trucks. The only thing that we found was that the back stump wasn't cleaned up after being ground. Otherwise, we were very happy with the work and will call on them in the future.

They came over after the last storm. They did a good trees trimming. They are all professional, and the quality is good. They are outstanding. They have a good equipment for the work. Everything they did was super good.

DESCRIPTION OF WORK
Tree Service: They trimmed the trees, and cut down the topping out after the last storm.

Showed up on time, worked fast and efficient. Ground the stumps and hauled of all debris. There price was much better than other companies estimates.

Called Brothers after the hail storm, had a few tall and very large pine trees that were struck by lightening and / or damaged during the storm. They came as soon as possible, brought their big equipment, and carefully cut the limbs, and the trees to the ground. Brothers removed everything from the trees, had our area cleaned up and were out of here in a flash! Brothers has for decades done a grea...