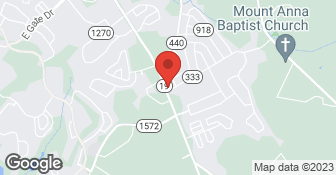 We have the right employees to get your job done right the first time. We do all work in house! Pricing is very competitive and QUALITY IS UNBEATABLE. We will save you money and complete your job on time. We take all the steps to ensue you roof last. Attention to detail. Don't make a $1000 mistake, call us before you roof anything....

**15+ Years of experience. SAME DAY SERVICE!!** When it comes to deep cleaning, the professionals at Ray’s Window Cleaning & Pressure Washing have years of experience in the pressure washing, gutter cleaning, and window cleaning industry. Whether you’re looking to have your whole house pressure washed, or just need a simple gutter clean, we pride ourselves on providing superior exterior cleaning services to clients in Lexington, West Columbia, Columbia, Redbank, and the surrounding areas. For a reliable pressure washing company you can trust, contact the cleaning experts at Ray’s Window Cleaning & Pressure Washing today! *REFER A FRIEND FOR A $50 CREDIT! Ask for more information!

We have the experience and the expertise. We only do power washing related services, and we will be here for years to come. We stand behind our work and are only a phone call away. Additional DBA - All-Brite House Wash.

All Things Gutters is a locally owned and operated home improvement business. From seamless gutters to your backyard deck we are able to help you out! With our attention to detail and our pristine customer service, we would love to give your home it’s next update. We offer free quotes under a no pressure sales environment

Even though I did not utilize C&B Roofing for the repair, I have to applaud the company for being responsive, especially after a storm. They arrived about 11: 45 AM the next morning, less than 24 hours after my call. They gave me a fair estimate.

DESCRIPTION OF WORK
Needed several shingles replaced that were blown off by a tropical storm.

I was looking for a small, local, owner-operated company to replace my old roof with architectural shingles and, of course, new ridge vents. I also wanted an old unused chimney brought down below the roof line and covered over and needed flashing around one functional chimney. I received three good quotes from such companies, all of which were close in price. These guys were actually the highest q...

Charles from C & B came out, examined the roof, took measurements and then gave me the estimate. He included the full detail of the work that would be done, including removing old shingles and felt, replacing any rotted sheathing (1st two 4x8's included in price, $40 add'l for each thereafter. we needed 3 total.) new felt, new shingles, new vents and boots for penetrations. He explained in detail ...

Since I provided the shingles I never expected it to cost me what it did.  I was pleased that when I called on a Saturday afternoon that he had men in the area and they showed up in about 45 minutes and did the job.  His roofer told me I had hail or ice damage on my roof in the back.  I called my insurance agent and he came out and looked all over my roof and said there is no such damage.  When I ...

DESCRIPTION OF WORK
I provided the shingles (three or four shingles) and his man got up on the roof and hammered and glued them in.

Yes its True (removed member name) they charge us for the entire pack of shingles. We cant by two or three shingles. I hate it to get a F on price for such a small job. I kinda wish you would have got a few estimates to see other pricing and maybe you would understand that most all of us roofing contractors have a minimum service call price. Ours is $175. Some others may be cheaper or higher. But ...
A

The  work crew came out on  Sunday afternoon, went promptly to work   and completed the job in about 3 hours

DESCRIPTION OF WORK
Removed old kitchen skylight, replaced  some rotted roof boards, then replace the skylight  with a new one.

We offer roof replacement ,shingles ,metal and singly ply sytems. (flat roofs). We also do leak repair and water proofing. We also do gutter replacement and repair. Call us before you contract!