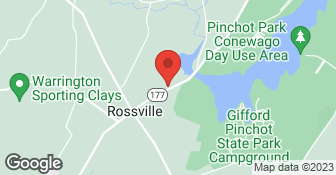 Since 1971 a local name you've grown to trust, quality you deserve at a fair price. we thrive on making you happy. Additional email added - info@millersroofinginc.com....

Receive your window replacement quote via email with no need for an in-home visit. No salespeople. No pressure. Zen Windows Central PA provides stress-free window replacement services in Harrisburg, York, Lancaster and the surrounding cities and counties, without the stress and frustration of lengthy sales presentations and high-pressure salespeople. By dealing directly with owners Andrew and Sarah Zahn, you are assured that your experience will be the best from initial contact to following up after the expert installation. The process is simple: when you contact Zen Windows Central PA, the owner will ask you a few questions to gather a little information online or on the phone. They will then email you a bid in about five minutes with all the specifications for your job. No hassle. No frustration. Just Zen.... you'll wish all your renovation projects were this easy. *"The Best Window Company out there” -Remodeling Magazine

They sealed it with silicone but 14 months later it's leaking just as badly as before. They do not guarentee repair work and said they would not send someone for several weeks - meanwhile the leak is damaging the inside ceiling. When they did the initial repair work, they made me feel like they were doing me a favor to provide the service. The person answering the phone when I called about the fai...

DESCRIPTION OF WORK
Needed a repair on a leaking roof.

Miller's Roofing did not install this original roof which is 31 years old so we can not guarantee someone else's work. Our professional team did recommend a new roof but the customer opted to have a repair instead. Repairs are only temporary and not a long term fix. 16 months ago we made a repair around her skylight, then 2 months later we applied silicone coating to a different problem area at th...
F

Called and told them that I was looking for an estimate and they told me they would call me back and schedule it. They never called back, even after I called a 2nd and 3rd time to get something scheduled. Being in the contracting business, I was concerned about having only two estimates. Fortunately, the two that I did get were close enough for my wife and I to make a decision. Good Luck if you ev...

DESCRIPTION OF WORK
Needed a third estimate for the replacement of our shingled roof.

We keep a very detailed phone log in the office. [Member Name Removed] s call came in the morning of Monday, July 24, 2017. He requested to be called before an estimator would come out. Our estimator was unable to reach him by phone. Mr. [Member Name Removed] did not call back a second or third time; perhaps he is getting us mixed up with another contractor. We wish him all the best with his roofi...
A

It was an expensive job, but no more expensive than it would've been going through anyone else. They did an excellent job, and got it all done in one day. I was very pleased. I'd get him again in a heartbeat.

DESCRIPTION OF WORK
He replaced our roof after we had some mold damage. He also installed a new skylight.

After a big storm a neighbor found some siding in their yard.  They contacted Miller's Roofing to repair it but they found it wasn't from the their house.  They searched and determined it was from my daughter and son-in-law's house.  They went ahead and repaired the damage at no cost.  That seems to be the actions of a company that considers itself a part of the community.

DESCRIPTION OF WORK
Repaired siding torn off during a storm.