Plastic Surgery - Reconstructive
Ear, Nose & Throat/Otolaryngology
Licensing
All statements concerning insurance, licenses, and bonds are informational only, and are self-reported. Since insurance, licenses and bonds can expire and can be cancelled, homeowners should always check such information for themselves. To find more licensing information for your state, visit our Find Licensing Requirements page.
Business Details 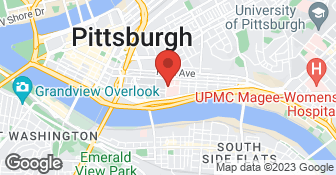 Terrible If something goes wrong, don't expect Dr. Stofman to acknowledge or fix it. HE is hightly unethical.

DESCRIPTION OF WORK
I went to Dr. Stofmans office in December of 2011 for revision surgery. He also performed the first surgery. During the first surgery he inserted a rib graft into my nose. Within a year anyone could see the graft in my nose through the naked eye. I went back to Dr. Stofman and asked him to shave it down. He informed me that you could not see anything my nose and that it was perfect. I left his office with that answer. As time passed, still seeing the graft in my nose and having others point it out. I went back to Dr. Stofman. This time he admitted he could see the graft. I requested to have the graft shaved off. He stated he could not shave it down and that he would have to take more rib graft out to put in. This is something I did not want to do I requested to have the graft completely removed from my nose. We scheduled revision rhinoplasty for this. I could not afford anesthesia. He wrote down that I was having breathing problems even though I sated I was not. He told me my insurance would pay for it this way. I did not want to do this. So he performed it with a local injection (which was fine with me). Before surgery he called me and stated what he was going to do. He stated that he was not going to shave the graft because I did not want that. I proceeded to tell him the only reason why is because you (Dr. Stofman) said it was not an option for me. And I now I just want it out of my nose. On the date of surgery, because I only had local injections I was aware of everything that went on. Dr. Stofman could not get the graft out of my nose even with the great force I felt. During this procedure I asked was it coming out he said yes. I never saw or felt the graft come out my nose. He showed me a piece of graft that he used for the tip of my nose. He said he was putting it back in. After the procedure I asked him if he completely removed the graft on my bridge. I was very skeptical because I did not see it come out. He said yes I removed the graft I removed the dorsal. I asked him again if he removed the entire graft. He assured me again that he did. I went back to get the stitches out and Dr. Stofman told me there was no follow up. Today, I still have the graft in my nose. Not only is the graft still in my nose but, the top has lifted from my bridge of my nose and still quite visible. Now I am experiencing some blurred vision (I am not sure if this is related to the rib graft that has lifted in my nose.) I have not yet to see my Dr. about the vision. Dr. Stofman led me to believe that he removed the complete graft on the bridge of my nose. This highly unethical. A dr. should never lie or lead a patient to believe something that is not true. A Dr. should never ask a patient to lie to insurance even if it does benefit the patient.

A friend whose husband is a physician recommended him. We were very pleased with what he did for our daughter. He explained everything, so that we always knew what was going on.

DESCRIPTION OF WORK
He is a plastic surgeon. He did surgery on my daughter when she fell and broke her nose.