Orthopedics
Eye Care - Ophthalmology
General Surgery
Primary Care - Internal Medicine
Neuroscience - Neurosurgery
Hospitals - Emergency Medicine
Sports Medicine
Licensing
All statements concerning insurance, licenses, and bonds are informational only, and are self-reported. Since insurance, licenses and bonds can expire and can be cancelled, homeowners should always check such information for themselves. To find more licensing information for your state, visit our Find Licensing Requirements page.
Business Details 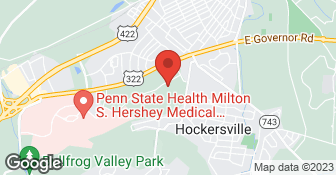 Doctor was extremely pleasant and dicussed fully our questions

DESCRIPTION OF WORK
We had problems with previous doctor managing glucoma.

Dr. Kass talked over my concerns and reassured me that she wouldn't suggest a partial if she didn't think it was appropriate. She also told me that with the initial swelling we wouldn't know until further down the line how things would heal, but there options if the results were anything less than optimal. I'm 6 months post op and haven't even given reconstruction surgery a thought. She is good!

DESCRIPTION OF WORK
I was diagnosed with breast cancer on Halloween 2012. What a whirlwind. All of you who have been through this know how much information you are given and how quickly everything happens. Rena Kass was my surgeon. She planned to do a partial mastectomy and said that I might need a few lymph nodes removed, but we would wait until time of surgery to determine that. I had 3 tumors and I was quite concerned after I had another ultrasound and the tech told me I would be quite deformed after surgery and that I should insist on a full mastectomy. Obviously after that I met with Dr Kass to discuss it with her again.

I have postponed the surgery for now, and am taking Alleve as needed because my other knee has been acting up with arthritis and I don't want to be struggling with two bad knees at one time.  I have also been having some hip pain that I am going to see him about in a few weeks.

DESCRIPTION OF WORK
I saw Dr Lynch for pain I was having in my left knee.  He had xrays ordered first to see if there was arthritis that could be causing the problem.  He was very thorough in the examination to determine where my pain was located, and what movements caused it, so that I would not be going through surgery unnecessarily, when the pain might be arthritis.  I ended up having an MRI done that showed a torn miniscus. He was very good about thorougly discussing my options from this point:  have surgery, get a cortisone shot for temporary relief, take Alleve as needed.