Plumbing
Ceramic Tile
Heating and Air Conditioning
Drain Cleaning
Drain Pipe Installation
Handyman Services
Excavating
Appliance Repair
Locksmiths
Licensing
Bonded
Insured
All statements concerning insurance, licenses, and bonds are informational only, and are self-reported. Since insurance, licenses and bonds can expire and can be cancelled, homeowners should always check such information for themselves. To find more licensing information for your state, visit our Find Licensing Requirements page.
Business Details 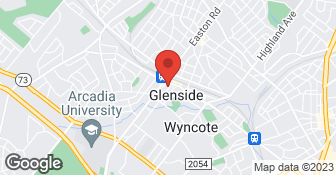 We come to your location at No Charge to determine exactly what needs to be done and provide you with a Free Estimate for plumbing repairs, drain cleaning, heating and cooling. You know the complete price before we perform any work. 24 Hr Emergency Service Plumbing, heating and cooling systems do not fail only Monday - Friday, between 8am and 5pm! Nights or weekends are no problem with our fast emergency service. We are there when you need us. No Extra Charge for Nights, Weekends, or Holidays We do not have overtime charges. It's the same price day or night and even on holidays. We look out for you and value your business. Call anytime for your plumbing, drain cleaning, heating and cooling repairs. Membership Plans Our members receive priority service and discounts. Have peace of mind concerning your plumbing, drains, heating and cooling needs with a HomeGuard Plan only from 1-800-PLUMBER®!...

We can maintenance, repair, install or clean all your HVAC systems. Family owned and operated small local business.

Professionals with over 40 years combined experience. Whether you need a maintenance check or an emergency repair on conventional air-conditioning or geothermal air-conditioning unit, we are available to handle all of your all of your heating, cooling, and ventilation needs. We strive to exceed your expectations by ensuring that each of our clients receives individualized service.

We woke up to the sound of running water in our basement, and found our floor covered with water.  I contacted my local water company and they came out and shut off my water at the street.  I contacted Hughes Plumbing about 8:00 AM and was told they would be at my house in about 15 minutes.  They arrived when promised, identified the problem, corrected it and had the water back on in my home by 10...

DESCRIPTION OF WORK
Repaired a leaking water main pipe coming in my house through the foundation wall.

From the initial communication with Tim Handford of Greenville, SC, everything went extremely smoothly. While waiting on communication from a local contractor regarding a discovery of rotted flooring underneath a ground floor bathroom area, my insurance inspector requested we have a local plumber remove the toilet pan to allow him to check on the cause and damage and evaluate what they would pay f...

DESCRIPTION OF WORK
Took off toilet pan and cistern and laid aside for re-use. Demolished existing ceramic tile floor and cement board. Demolished area of damp rotted wood flooring. Broke marble strip between vanity area carpet and the tile floor. Took off part of old tile base. Removed all debris and hauled off site. Measured and cut and fitted, all replacement flooring to make good existing. Laid 2"x2" tiles in 12" square Capri Mosaic floor tiles to approx. 13.4.square foot area. Repaired tile base with new tiles as required. Grouted up all floor tiles and base. Replaced broken marble strip in doorway between carpet and/ floor tile areas. Refitted under-floor vent in floor and tile base. Collected removed toilet pan and cistern and refitted in existing location. Cleaned up bathroom area on completion.

Had them replace water line from well into my house and have used this company for several years to do leak repairs on my house as well as my rental house. I live in a mobile home so the home sits above ground on a pier and beam foundation. Plumbing problem started when I had a bad leak between my well house so I decided to replace the entire line into the house and added a sand filter to the line...

DESCRIPTION OF WORK
Replace a water line from my well into my house and add a sand filter to the line. This company is also Shreiner Plumbing.

I called our home warranty company and explained we had a backed up washer pipe(drain)  1-800-plumbers which is also called shriner plumbing was sent out. if i had known it was same company i would have asked that someone else be called. The guy who came out didnt say his name just who he was with he came in looked at the pipe which is an entrance,asked if we had a clean out on the main line i tol...

DESCRIPTION OF WORK
I called our home warranty company and explained we had a backed up washer pipe(drain)  1-800-plumbers which is also called shriner plumbing was sent out. if i had known it was same company i would have asked that someone else be called. The guy who came out didnt say his name just who he was with he came in looked at the pipe which is an entrance,asked if we had a clean out on the main line i told him it is either covered up or we dont have one. He told me unless we had one on the main line their was nothing they could do,that our claim would be denied. he called our home warranty company told them it was a main line problem and we don't have a clean out,our home warranty refused the claim and refused us a second opinion. The guy who was here also gave me a quote of almost 600 to tear out our wall to put in a new pee trap and another almost 700 to do a clean out along with extra added per an inch they had to dig. The man never tried to check the problem out nor see if the drain could be cleared no tools nothing. I called mr. rooter who sent someone out they also have a contract with our home warranty company ,the company refused their 2nd opinion even when they told them that they had access and it wasnt a main line they didnt need a clean out it was the washer line. so now they are sending someone to give a second opinion it is not mr. rooter. I have filed a complaint with the plumbing company and will be taking further after the 2nd opinion on 12/17/2011. Their will also be a complaint filed on our home warranty people being that we are paying for a service that refuses to listen to its customers and try to resolve an issue.I have also called this company and filed a complaint against the plumber which will be taken further when i receive the paper work from the other company our home warranty people are sending out,they will also be getting the paper work from mr. rooter.

Company responded propmptly and service tech arrived on time....but the flat price along with the assessment fee was well over $200 for about 10 minutes of work. Most disappointing was the know it all attitude of the technician...I truly felt like I had been "schooled" professional advice is okay....but lose the attitude. And I have no interest in hearing horror stories about other customers nor a...

DESCRIPTION OF WORK
Had a stopped up drain line.