Plumbing
Natural Gas Lines
Water Heaters
Drain Pipe Installation
Licensing
All statements concerning insurance, licenses, and bonds are informational only, and are self-reported. Since insurance, licenses and bonds can expire and can be cancelled, homeowners should always check such information for themselves. To find more licensing information for your state, visit our Find Licensing Requirements page.
Business Details 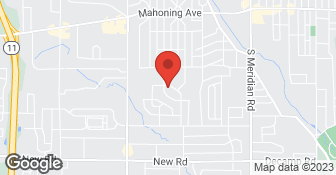 Since 1974, EMS Plumbing & Heating has been dedicated to providing residential and commercial customers like you with the very best in heating and plumbing system maintenance, repairs, snaking of drains, and installations. Our family owned and operated company is a proud member of the Home Builders Association (HBA), Angie's List, the Better Business Bureau (BBB), and the Regional Chamber of Commerce. Contact us today for a FREE estimate on the services you need.

Symons water and construction company specializes in commercial and residential water conditioning, construction, plumbing, and property maintenance. Our team works with each customer one-on-one to meet their specific needs. Priding ourselves on perfection and integrity, we never upsell you on anything you don’t need. Our family business wants to expand the opportunity for middle class and hardworking families to afford clean drinking water. Our commitment is to excellence. Our promise is to give you the best service at the best price.

We have been servicing Portage and surrounding counties for the past 20 years. We do new construction, remodels, hot water tanks, gas line etc. Fully bonded and insured License #46831

Since I could not be there, he called me to let me know how it was going and provided me before and after pictures of the job. He told me how much it would be before he started. I am very happy with his keeping me informed and with the neat and tidy results. Thank you John!

DESCRIPTION OF WORK
My old shower pipe had sprung a leak. John had to repair and replace the leaky pipe, the old shower valve and 2 faucets and repair the access wall.

It took them approximately 90 minutes to complete all the work.  They were very professional and kept me up to date on the progress of the project.  I was expecting a much higher cost and was amazed at how low the actual cost.  I had them out in the spring to do plumbing in the kitchen and bathroom sinks, including new fixtures so I knew they do excellent work.

DESCRIPTION OF WORK
John  and his son came out after leaks in gas lines were discovered during maintenance service on the furnace that required a plumber to replace.  There were 6 leaks discovered in total.  They replaced lines, valves, removed lines to gas fixtures no longer used, and tested all lines for leaks when they were through.

I had put off repairs for a while fearing expense.  The faucets in the bathroom and kitchen were leaking and that's how they were broken from repeated force of trying to shut them off.  I shut off hot water that was leaking in bathroom sink about a week before. When the faucet broke in the kitchen, I could not shut off the water since that sink had the old red wheels to shut off water and I didn't...

He said there were stones in it from the water. He replaced the washer in the sink because I didn't notice that when you had it on water was running down. He was very observant. I had him check every single one of my pipes - I trust him, and he's my only plumber from now on. I'll always call him - very nice and very thorough. Also very honest, took his time, and gave me a lot of good tips.

Great work! I called and they were at my house within the hour with the replacement in hard. Would definitely use again!!