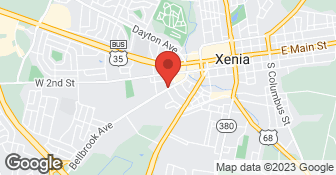 Professional fence and deck company specializing in custom built fencing and decking and providing great customer service making sure customers are completely satisfied with a great product installed by professionals . All work guaranteed we promise to take care of our customer's every need. Allow us to give you a free estimate for a great quality product....

Zepernick Landscaping has been serving its customers with the best in landscape maintenance services in the Dayton and surrounding areas for many years.

Lebanon Lawn and Landscape is a Lebanon Ohio Full Service Lawn & Landscape Company. We are a locally owned company that serves every Client with great pride. All of our employees are also from the local area and take community pride in their work. Our business model is based on completely satisfying every customer, this we are dedicated to. We offer the same pride & quality in the smallest job as we do with the largest lawn makeover! We are only satisfied when you are!

I found him on Angie's List. Trusted him to do the work he promised. Told him everything we wanted and the reasoning behind why we wanted to the fence installed (mainly to protect my dogs). He ended up taking longer than he had originally quoted but that was not a big deal. The problem happened after a few days after the work was completed. I noticed that were manly large gaps in the fence. I come...

DESCRIPTION OF WORK
They took my deposit and that was back in May of this year, had three phone conversation, 2 I initiated 1 they called me. Trying to get a refund have not been able to yet. No services have been started or completed. Considering leagual action if refund is not soon

Thought I had made a good choice. However never finished everything that was promised. My deck stairs did not pass city inspection and now my fence is leaning. He said he stood by his work however I can't even get him to return my phone calls. Basically I am left holding the bag and having to pay for repairs out of pocket. If anything else goes wrong _ will be paying for those too since he won't e...

built fence and looks good , however the old post were not taken care of as promised. some boards missing nails and have several exposed nails that missed their target.  worked late into the night using headlights of truck  always started later than agreed upon time causing some complaints of neighbors due to nail guns running after dark  still ave a few problems that were supposed to be fixed 2 w...

Tracy I apologize that it took so long to get things completed on the fence job I understand that things should have been taken care of in a timely manner and I am deeply sorry and I apologize for that and , I know you gave me a couple of weeks and that there were just a few minor problems , I have been up there and things are taken care of know, but once again I am sorry for feeling as if I let y...
A

He went above and beyond, making the calls and getting the permit to make sure we had the right measurements for city allowances regarding the location of the fence. Everyone was courteous and professional. We're very pleased with the job they did and would recommend CB's to anyone who wants a professional job with a more reasonable cost! Thanks!

DESCRIPTION OF WORK
Mark and his guys took out all the old fencing, filed in the holes nicely, and installed a 6' privacy fence.