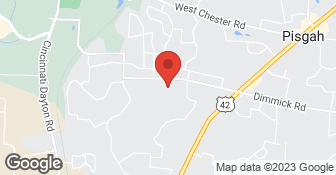 We take great pride in our experience, expertise, quality and customer service, that we provide to meet the consumer's needs. It is our mission to provide excellent workmanship and complete customer satisfaction, from start to completion of a project. In order to understand the needs and expectations of our customers, we take great care to work and communicate, with every customer in a professional manner. Our reputation is based on service, safety and quality, regardless of how large, or small the job.

I am a customer of Total Protect Home Warranty program who had me contact Call Tim Ryan Inc for a busted pipe repair issue. I first contacted Mr. Ryan on 3/14/2016 in which he had me text him my address and stated he would be to check the pipe out. I never heard from him, so I called the Home Warranty program place to inform them of what was going on, they in turn contacted Mr. Ryan while I was on...

DESCRIPTION OF WORK
He came to my home referred to me by Total Protect Home Warranty program and told me why my pipe had busted, had me pay a $125 deductible and said he would be back the next day to repair, I never heard from him again, and when I tried to call him and explain to him what he did was illegal he hung up the phone on me.

Can't keep time. Doesn't return phone calls or text messages. 3 appointments missed. Finally showed up late. Failed to fix the issue and recommended fixes that were not needed in the end...another plumber fixed it in half hour using similar tools without much ado.

DESCRIPTION OF WORK
Attempted to unblock a drain

When he arrived he removed the front panel of the water heater and checked the leads to the heating element. I was informed that no power was getting to the heater so I went to the circuit breaker. It had not tripped so I turned it off and turned it back on. Tim Ryan told me that there was still no power, and I needed to replace the circuit breaker and that he did not do that type of work. I asked...

Total Failure.  Came and did the backflow test on 7/25, cashed my check, but never turned in the test results to Hamilton County. Got a second notice from the county that the results were due.     Called him on 8/15, he said he didn't know what happened and would check right on it.  Never heard back. Called him on 8/18 at 4:30PM, he said he hadn't turned it in, but would call be in 2-3 hours.  Nev...

Tim was courteous and professional and strove to do the service as soon as possible given the existing water heater was leaking. He kept me informed when a previous job ran longer. He was dead on the estimate of time to do the work. He is very thorough and evaluated the overall water pressure to the water heater and the overflow valve. He presented the situation to me and provided me the pros/cons...

DESCRIPTION OF WORK
Replace existing water heater with a new one. Was very thorough.  Also addressed incorrect pressure in the pipes.  Replace "pressure reduction valve". Tim noted the hot water heater overflow valve was no longer working and was not mounted correctly. This was replaced and then correctly mounted. Excellent job.