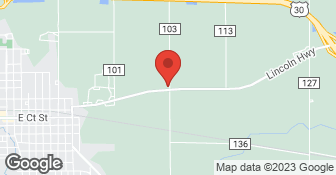 DESCRIPTION OF WORK
We had a ill-rabbit with possible blockage. I called ahead and was told there would be someone at the clinic the next day who would be able to care for the rabbit. So we sat up that night, eye-dropper with liquids and baby food to keep the rabbit going until we could get her to the vet. We drove 90 mins one way with the rabbit. When got there, we were advised that the vet who handles rabbits would not be there for 6 hrs and that we needed to come back then. I explained how far the drive was and that wasn't really an option. They asked the vet on staff and he said he couldn't help. The rabbit died as we attempted to take her to another vet that was 3 hrs away. If we had been told the correct information in the first place, we would have made different decisions on where to take the rabbit and would have never went to the clinic. The rabbit may have passed anyway, but at least it would have had a better chance instead of almost 4 hrs in a carrier and not even being seen by a vet.

I like them; the staff is wonderful. The thing I really like about the veterinarian is his love for animals and also, if I do not have that kind of money, he will give me my options. I had a dog hit by a car and he told me what I could do. At that time he said he knew money was tight for me and told me to go home and try to keep the dog upright because she is having trouble breathing and so my dau...

DESCRIPTION OF WORK
I take my dog to Animal Clinic. The last time I took him there was to get his shots.