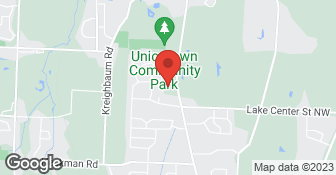 Dutch Legacy Contractors, LLC., is known for its quality craftsmanship, that lasts. When you trust us with your siding project, you receive excellent value. Mr. Samuel Eicher, Jr., started Dutch Legacy Contractors because there was a large demand for reputable companies doing restoration and storm damage repair. Please refer us to your friends and family by "Like" our page. Additional email - customersupport@dutchlegacycontractors.com....

We are a family owned business since 1984. We pride ourselves in delivering quick service and viable roofing solutions in a professional manner to our customers. Our prices are very affordable. Our service is second to none as is our workmanship.

Water Recon Home Improvement is a family owned and operated service provider specializing in Water Proofing and Roofing. We have 10 technicians that are experts in both your Roofing and Waterproofing needs. We have decades of experience within our company and will be the best you’ve ever experienced in responsiveness and customer care. We will take an analytical approach to determining the best solution to preventing any water intrusion into your home. Our technology will give you peace of mind whether you’re just away from the home for the day, or on a 2 week vacation. Call or message us today and you’ll be hearing from us within minutes!

We specialize in shingle and metal roofing. We provide the highest quality products and honest service. We have Amish workmanship to provide a high standard of installation. Our personnel have over 12 years plus construction experience.

DESCRIPTION OF WORK
Following an extremely damaging hail storm we hired Dutch Legacy to repair the house: new roof, ventilation pipes, new window surrounds on 3 windows, new gutters, and new siding on the north end of the house. This company claims to be Amish based and trades on the Amish tradition of hard work. Not all work crews are Amish. 1. Roof - the roof was completed in 7 hours by an Amish crew. The crew did not seal the roof so when a storm dumped 4 inches of rain we had a waterfall through the center of our house. No one answered our phone calls and I had to drive to the office to find someone. Once I found Ted he called his coworker who had the nerve to ask if I needed it repaired "now"! We were stuck cleaning the entire mess and Dutch Legacy never took responsibility for the damage to the interior of the home from the unsealed roof. If I hadn't hunted them down they would've never sealed the roof 2. The damaged window seals leaked down the wall and caused damage to the interior garage wall. Ted tore out the drywall and insulation to find the leak and never fixed the damage he caused. My husband fixed it at our expense. 3. Siding: First they claimed that our white, 4 inch Dutch lap siding couldn't be matched and the entire house had to be done. Insurance refused. I even called the Ohio Department of Insurance. They lied. We matched the siding in less than 5 seconds at Menards. The two month delay was totally uncalled for and an out and out lie. If you are looking for an Amish crew this is not it. They aren't honest, trustworthy or even Christian. They are rude, unreliable, unprofessional, and liars.