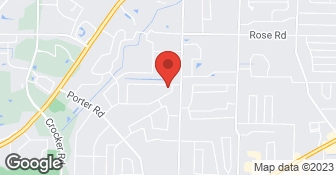 Bugs Bee Gone Exterminating is a family-owned and operated company, which for the past ten years has been serving Northeast Ohio with excellent pest control services, at the most competitive pricing. Our top priorities have always been quality service and customer satisfaction. We feel that how a family run company behaves, reflects that family’s personal integrity. For two generations, our commitment to our customers has earned us a high level of trust. We are not a company of high pressure salesman who only care about the numbers. Because we know that you’re not just a number, but part of our family. We will always explain and are happy to educate you about the treatments provided, so that you fully understand the services you’re receiving. When honesty and dependability count, we are here to serve your needs....

****PLEASE CALL (216) 798-9619 TO RECEIVE IMMEDIATE SERVICE****Advanced Exterminating Co. is Northeast Ohio's premier pest control service with local technicians who are trained and experienced to serve your needs. We strive to go above and beyond for our clients and believe the job isn't done until you are fully satisfied. We eliminate Bees, Wasps, Hornets, Ants, Fleas, Bed Bugs, Spiders, Centipedes, Mice & Other Rodents. Don't see your "pest" listed here? Call us to see if we can get it under control. We are VA FAK licensed for real estate inspections and are licensed through the Dept of Agriculture. For quality pest control services at an affordable price - look no further than Advanced Exterminating Co. Call us today! (216) 798-9619

(PPS) Specializes in the Same Day/Next Day emergency service. All of our treatment methods are safe in regards to all adults, children, infants, elderly, disabled, pets or anyone with a serious medical condition. All of our technicians drive assigned unmarked vehicles so none of your neighbors may be alarmed due to the stigma that may come along with some serious pest infestations such as bedbugs, rodents, fleas, etc. We guarantee results and provide warranty options for all of our services.

We are a family owned business and provide full pest control services and we also provide animal removal services.

I called on Sunday. They were at my house on Monday. After the work was completed, they explained everything they did. Jeff said he was going to come out tomorrow to make sure all of the bees were gone. They addressed the outside nest, the inside invasion, and then treated the outside of the house to ward off any more bees deciding they wanted to move in. Awesome customer service and a reasonable ...

Jeff and Laurie arrived within a few hours of our call. They quickly assessed the situation and went to work removing the yellow jackets nesting in the foundation of our home. No more yellow jackets in the basement! We also had them spray the perimeter, doors and windows. We live next to a wooded area and will use Bugs Bee Gone going forward to keep all insects at bay. They were professional, know...

I called after 5pm, They came out the next day even though it was raining and eliminated the nest. Very happy with service, since we are new to this area we hired them to come out for the next year.

Jeff and his daughter arrived on time, scoped out the situation and sprayed into the vent. We didn't see any more hornets in the house after that. They called the next day to check on the progress and we have not seen any more in the house.

DESCRIPTION OF WORK
We had an infestation in a roof vent of hornets.

It was great. They came out the same day that I had called them.

DESCRIPTION OF WORK
I was very impressed with this company. I had a yellow jackets nest in my back yard. I called the company in the morning and they came out this afternoon and took care of the problem. They were friendly and polite and explained everything that they were doing. While they were here we also hired them for spider and bug treatment which they did right away. Nice family owned company.