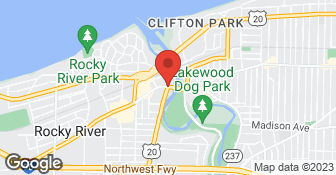 As a former LEO I now have a better understanding as to the plight of the victims of consumer fraud and realize the chance of being made whole are remote, but the warning to others through forums like this may help others from falling victim to ethically challenged and obviously morally bankrupt individuals such as Phil Waters of Pride of Cleveland Scooters.

DESCRIPTION OF WORK
Caveat on the date and the actual amount involved due to timeline but the gist of the complaint had already been filed with Angie's List BBB and the Ohio Attorney General Consumer Fraud Division. Contacted POC about tire replacement on my Vespa, I was told that they had at least 40 or more of various brands in my size. Drove from Chagrin Falls to the border of Rocky River where I was informed by Mr. Waters that they had only one tire left as they sell approx. 400 per month. I purchased the unwrapped and untagged tire and the next day when I found out that he had charged me $30 over the going price, I attempted to return same. I was told by Mr. Waters that he would not conduct a refund. Upon further investigation I discovered through public records  that Mr. Waters had a criminal history within Cuyahoga County involving false accusations against a LEO and alteration of documents. His criminal record has since been expunged by the court. When I attempted to settle the matter by having him show proof of a donation to the American Cancer Society in the disputed amount, he refused. I then files complaints with the above mentioned entities to serve as a warning to others.