Interior Painting
Exterior Painting
Siding
Licensing
Not Licensed
Insured
All statements concerning insurance, licenses, and bonds are informational only, and are self-reported. Since insurance, licenses and bonds can expire and can be cancelled, homeowners should always check such information for themselves. To find more licensing information for your state, visit our Find Licensing Requirements page.
Business Details 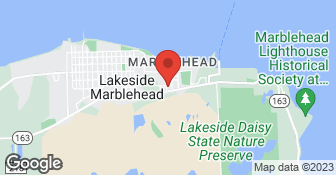 We offer expert interior and exterior painting and staining for residential and commercial properties with fast, friendly service. Pressure washing is available, as well as installation of exterior siding. We use only highest quality products purchased locally. We are a small, owner operated local business with qualified workers, and have been in this business since 2008...

Rock Roofing has been in existence since 2004. Rocky A. Conley began as a laborer for a small roofing company and approximately 3 weeks later, was installing shingles. After 2 years of installing shingles and performing jobsite supervision for the company he was working with, the company he worked for folded due to personal issues with the owner. Two weeks later, with no idea where to work or what to do, Rocky received a phone call from a former contractor that he had previously worked for on past projects. He had called to ask if he would be interested in doing the roofs on the houses he started building, and Rocky agreed even though he did not have any tools of his own. He borrowed the tools he needed from a few friends that were in the profession, and installed the first 7 roofs entirely by himself. During this process he contacted all of the product manufacturers to ensure he was installing everything the right way so that the warranties would remain in place. He saved all of his earnings over this time and invested in a truck and the necessary equipment to operate his newly found roofing operation that was based on quality and professionalism. After ten years in business and working his workload up to over 250 roofs per year, Rocky has seen and been thru every situation possible on roof tops, and has exact knowledge on what needs to be done in every situation without guessing. Rock Roofing is a professional preferred installer for Lowes, and also a roofing inspection specialist for many companies. Anyone that personally knows, or who has worked with the Rock Roofing crew, appreciates the fact that they pride themselves in installing the absolute best roof possible on each and every job. No exceptions! Remember to like Rock Roofing LLC on Facebook

Our most important goal is customer satisfaction. We understand that its not just another project on another house... it's Your Project on Your HOME. We strive to provide every customer with the best service and most enjoyable project experience.

Brad is a high quality painter who does phenomenal work! Very professional and enjoyable to speak with. Highly recommend!

Excellent! Everything was very high quality. He worked hard the entire time he was here and got everything done in a timely fashion. He was also very friendly and dependable. We would definitely hire him again.

DESCRIPTION OF WORK
Painted our bedroom, bathroom and closet. He painted the walls and the ceiling.

Thank you so much for taking the time to rate my work! -Brad
A

Very good! They showed up when they said they would and completed the project within the time frame. We are very pleased!

DESCRIPTION OF WORK
They painted a loft and down stairs for our business.

Thank you, [Member Name Removed]! It was a pleasure to be of service to you! -Brad