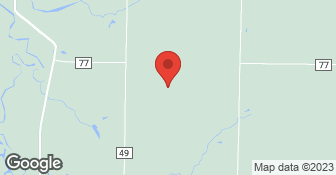 Family Owned. We maintain a crew of about 4-5 employees. Do not use sub-contractors. Incorporated in 1993....

Affordable Tree has been serving the Cleveland area for over 25 years. 3 to 5 man crew. Personable, professional, experienced. We own and operate all of our equipment. Licensed & insured. High capacity chipper to produce optimal production. National 1102 boom crane providing 113" of boom to provide safe and efficient zero impact controlled removals of trees over your property. Transfer stations located strategically around the city to provide minimal travel time and increased production. 24 hour response team to respond to trees and debris on your structures. No job is too large or too small for our team. We care about your landscaping and turf more than you do. Honestly assessing your trees. We won't spend your money unless you have to. For competitive pricing with an additional 5% off call Terry at Affordable Tree Services of Ohio. Additional email - Terry.Adams@AffordableTreeServicesOfOhioLLC.com.

Owner ran & Operated. Nature's beauty tree service has over 25 years in tree climbing experience and specializes in tough take downs. We are licensed and bonded for city violations and work on both residential and commercial property. We offer free estimates and have competitive pricing. Award winning. Additional email - seth.naturesbeauty@gmail.com.

Mark is prompt, professional and does excellent work for a very reasonable price. We have used his service twice now, and both times he came, did the job, and cleaned up. The first time, he cut down a dead Ash and ground the stump. The second time was more involved, because we had a medium sized maple that was dying that needed cut down, a huge oak tree with dead branches that needed trimmed, and ...

DESCRIPTION OF WORK
had a dying maple cut down, a big oak tree trimmed, and stump ground

Mark and his crew are real professionals.  They arrived right on time and did a great job.  It only took them three and a half hours to remove three 60 foot tall trees from the time they arrived until they left.  The setup and cleanup almost took as long as the actual cutting and that's because they took a lot of time putting down plywood on the grass to protect it from the crane and a bucket equi...

DESCRIPTION OF WORK
I had three large trees removed from beside my house.

Mark and his crew came in the morning with all their equipment and 2.5 hours later had all 3 trees cut down, ground all wood into a mulch and clean the yard to my satisfaction. The whole experience was one of the best I had with any contractor.

They came out, they did a good job.  I called a couple other places and they were way cheaper.  I was very satisfied.

DESCRIPTION OF WORK
They chopped up a large limb that fell from a storm.

.Job went very well from quote to finish.  Mark from Arbor Care contacted me and gave a quote, he was flexible in that I travel for work and would not be home to speak to him personally.  Arbor Care was priced over $200 less than the other quote I received from another provider on Angie's List. After I accepted the quote, Mark gave me a timeline of the current week or the next week for completion ...

DESCRIPTION OF WORK
Arbor Care took down a 40ft. Red Oak tree in my front yard, ground the stump and removed all wood/debris.  They also ground out a Maple tree stump in my backyard and took away the debris.