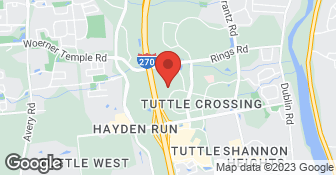 7x Super Service Award Recipient. Call me directly (888) 261-3584. Independent insurance broker representing every major health insurance carrier in United States. I help you understand all your options and compare between the carriers in your state to find the one with the best rates in your area, as well as the policy that is best suited for you based on your specific situation. I am here to answer any question you may have. I am experienced and great at what I do, please read what my clients are saying about me and call me with confidence. I look forward to working with you!

Call (888) 864-8940. We are a no-cost service working with over 200 insurance companies in all 50 states. 8-time Super Service Award winners. Our policyholders get free claims support for life! We work for you, not the insurance companies. Our services are free and you pay the same no matter where you shop!

Call (888) 858-1408. Blue Lion Medicare work with over 200 plans and specializes in savings seniors money on their Medicare coverage!

I've sent a termination letter to Nationwide twice. Nationwide made no attempt to question or deny anything in the letter, and I have no reason to believe anything has changed since then. I also informed the Ohio Department of Insurance and the Better Business Bureau then. Neither of them took any apparent action. As fas as I am concerned, the matter is now closed, and I do not intend to deal with...

DESCRIPTION OF WORK
Nationwide is one of those "affiliation" plans. These avoid state regulations by making policy holders also subscribe to membership in some unrelated organization (in this case the Ohio Farm Bureau). My total premium reached $1904.52 per year in 2001 with a $2000 deductible (for a single 45 yr old male) and would be much higher today had I stayed with that policy. My maximum out of pocket exposure under this policy was $4500 of covered in-network expenses. That would have been much larger had I needed a provider outside Nationwide's network.