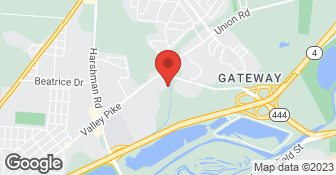 We are a hard working company with a family of workers who are kind, courties, Trustworthy, and experienced to get whatever your needs done the right way the first time. Additional contact name - Rita Dix....

Call (888) 858-1408. Blue Lion Medicare work with over 200 plans and specializes in savings seniors money on their Medicare coverage!

See the above statement.

DESCRIPTION OF WORK
This company was recommended to me as being a very good company.  When the owner, Michael Stacey, came out he was told to replace what needed to be replaced on the roof, such as the flashing and sheathing.  The flashing was not replaced and I am not sure whether any of the sheathing needed to be replaced.  I understand that one or two pieces were relaced, But I am not sure.  After they had left I phoned Mr. Stacey and told him that the flashing was sticking up and need to be pushed back down, which he complained about having to send someone back out.  He did eventually send the same crew out that did the roofing.  Instead of using a sealant on the shingles they took and put nails through the roof & sheathing to nail the sheathing down.  It didn't work as the sheathing has come back up.  Also, they must thought I was an idiot when they did it.  There will eventually be a leak where the nails went in.  I will be going up on the roof to correct what they didn't do.  You never put nails in a roof, I figure that the person that did it, thought I didn't know any better, but I do. I will never have them out for anything else or recommend them to anyone.  If you want it done right do it yourself.