Insulation
Basement Remodeling
Windows
Bathtub Restoration
Licensing
Licensed
Bonded
Insured
All statements concerning insurance, licenses, and bonds are informational only, and are self-reported. Since insurance, licenses and bonds can expire and can be cancelled, homeowners should always check such information for themselves. To find more licensing information for your state, visit our Find Licensing Requirements page.
Business Details 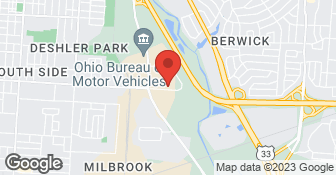 Exterior One offers products and installation services to help you create a more beautiful and energy-efficient home. We offer Replacement Windows, Patio Doors, Entry Doors, Siding and More. We have everything you need to turn your dream into a reality. Do you need a window where there's a door or a door where there's a window. Maybe a window or door where there's a wall? We have the experience and ability to do anything when it comes to windows, doors and siding and we always do it at a fair price!

PREMIUM INFINITY FROM MARVIN FIBERGLASS WINDOWS AND DOORS. OUR PRODUCTS: Our complete line of home windows & doors are custom-made for your home using our proprietary Ultrex fiberglass that is 8 times stronger than vinyl. The durability of Ultrex, combined with our timeless designs & finishes, will ensure your windows & doors withstand the test of time. OUR AWARD-WINNING SERVICE: Our goals with every customer are to provide a worry-free process & an exceptional experience. We also back our service up with a Lifetime Service and Installation Warranty. We'll take care of all the details, you sit back & enjoy your new view. ABOUT US: Backed by a company with over 100 years’ experience, Infinity from Marvin - Columbus provides premium Infinity from Marvin fiberglass replacement windows & patio doors for your home.

The work took longer than expected, and started late. There was only one worker, who was supposed to work on a Saturday but his car would not start so he missed the entire day. My husband and I felt highly pressured to buy the product and would not do so again. They came to our house for what was supposed to be an hour visit and were there for over four hours, telling us how great the company was ...

It didn't leave a good impression that no one called to say they will be late and I had to call them. So I didn't reschedule with them.

DESCRIPTION OF WORK
We made an appointment for an estimate. They didn't show. I called to see why and they didn't know.

Hello [Member Name Removed], I am not sure if you have the correct company. I show that we did have an appointment with a [Removed Name] and her mother [Removed Name] at the listed address on 12/8 and [Removed Name] called in and canceled and said that time was not good for her mother. Then we reset for 12/15. We do have a policy that we confirm all appointments via the telephone, and we attempted...
A

DESCRIPTION OF WORK
We used 1800USAHOME about a month and a half ago. They came to finish the windows.

when had shower installed was to be 1 day maybe 2 turned into 3 also had contracted for 1 amount and when installer took out tub said was problem that turned into another $600.00 which we had to do as tub was out and bathroom was mess at this point We had just had the bathroom redone from the 2/4's out and everything was new so this was quite a shock when was doing the shower.  within month had pr...

DESCRIPTION OF WORK
installed a walk in shower

I contacted USA Home to get an estimate for having the rubble stone walls in our basement enclosed. Everything went very well from my call to schedule the appointment, to USA Home's email confirmation, thru the appointment, itself. Jeff Hedrick, USA Home's Regional Sales Manager, arrived punctually and we proceeded to do a walk-thru of my basement. Jeff explained in detail how the Owens Corning wa...

DESCRIPTION OF WORK
No services were performed. The appointment was scheduled for an estimate.