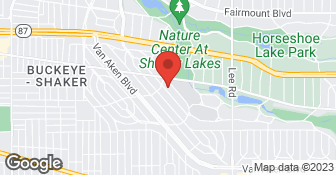 My business is a small business with only myself, the owner, and generally one or two helpers unless the job calls for more. Most of the work we do is done by us that way we can control the quality better. We will occasionally use a sub contractor for specialized trades, but we use the same trusted businesses every time! We do not accept credit cards at this time but checks or cash is fine. We are not doing any financing at this time so we take deposits when work starts and generally whatever is left is do at completion of project.

In business for over 20 years. Specializing in residential roofing and gutters. Only the best materials are used on every house. Our staff is dedicated to completing each project on time and on budget. Every job site is left completely clear of all work related debris. Certainteed certified roofers. Small employee base. Flat rate. No travel charges. No service charges. Extra charges apply for after hours or emergency service.

MAP Construction is an Angie's List Super Service Award winner specializing in roofing and heating and cooling. By using only the finest quality materials and laborers we strive to give you the best product at the most reasonable price. Ask us how we can help you protect your home today! We serve all of Cleveland and its suburbs, as well as the general Akron area.

Horrible Like I said, George Berry is irresponsible. I had to hire another plumber and another roofer to finish his work.

DESCRIPTION OF WORK
Don't waste your time with this irresponsible contractor. He hires unlicensed semi skilled workers and does faulty work. He's a middle man with a general contractor's license. I contracted Inner City Contracting Co. to fix my leaking roof and  install/connect pipes for plumbing in two kitchens and 3 bathrooms. One bathroom was already connected. He never furnished me with a plumbing permit and was given a deposit at the beginning of the project.  When we turned on the hot water heater (two months later), the pipes in the basement came apart (no glue) and water poured out all over the floor. Water got inside the heater and shorted out the circuit board. Now, I have to buy a new HW Heater. I informed George the roof was still leaking. The roofer did not tar the seams or over the nails. They did not put the plywood over wholes in the roof. They just covered the wholes with tar or shingles. His plumber did not want to finish the 3rd floor bathrm because he spent 20 extra minutes on he 1st fl. kitchen drain that had calcium and rust buildup. The original contract price was $750. He said the drain (riser) needed to be snaked and he didn't do snaking. He deducted $100 off the contract price, but the remaining work was valued at more than $100 (to me) which was the 3rd floor bath and 2nd floor kitchen. I called George Berry (owner) and told him I was unhappy and did not agree with what his plumber did. Plumber neglected the 2nd floor kit and 3rd floor bath. He stated he'd do the 3rd fl. bath for a few hundred dollars more. I didn't want to pay him, but I did. I didn't want to have any problems with people because people turn vicious when they are not paid. The house is vacant (under rehab) and I didn't want to come back to a house with broken windows. George was supposed to do a conference call with the plumber and me to discuss the project, never did. He did not fulfill his contract. Additionally, Here it is December 2011 and the roof was still leaking. I had to hire another roofer. He gave me his word he'd come back and repair it. NEVER DID. Now I have to take him to court.