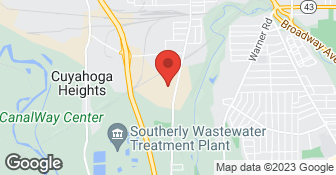 I have been in the Real Estate business full time since I was 22 years old and I have always kept my clients needs number one. I will always use my expertise to help you get the most amount of money in the shortest period of time. Ask me about your signing bonus. Thank you.

For over 20 years we have specialized in exceeding our customers’ expectations with their real estate needs!

I have apartments all over and have never seen such abuse and lack of good business ethics.

DESCRIPTION OF WORK
They were hired to manage my 4 unit apartment complex in Sandusky, OH. After Closing they never bothered to get the keys from the RE Company. Took a while before even contacting anyone about it Next, had a 3BR unit rented as Section 8. Apparently after inspection, they were told to replace the carpet in December sometime. I did not hear about this until March 16, and then immediately sent money to pay for the  new carpeting. The unit was recarpeted, but meanwhile we had lost the tenant. The problem all stemmed from their never contacting me regarding the problems. After my complaints to them they said to find someone else. I asked them to meet me at the propertey to get the keys and whatever else.., they never showed up.., finally got the stuff a couple weeks later and was very incomplete. Meanwhile, there was no tenant for months. When I did get to the property it was in total shamble and cost me around $2k to fix all the broken items and haul all the trash away.., had to get a dumpster and filled it up.