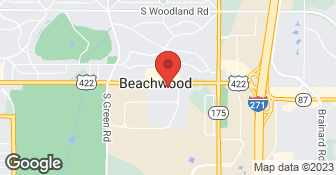 Established in 1967. We are family owned and operated and have been serving Ohio for over 53 years. Specializing in roofing and siding! We guarantee your satisfaction and we won’t leave until the job is done right. We pride ourselves on the quality work we provide, while delivering great customer service! Check out our services offered and call or click to schedule a free estimate today!

We are a full service construction company, specializing in insurance work. We do Roofing, siding, windows, gutters.....etc We also build amazing decks, porches, additions, basements and full remodels....etc I am a former adjuster so we specialize in getting what you are owed from your insurance company. I will give you a free consultation to see if I can help you. There is no job that is too small or too big for us. We are veteran owned and we take pride in every job that we do

Fast, Affordable, & Dependable. Over 35 years in business, Family Owned and operated. We specialize in the complete exterior envelope, Windows, Siding, Roofing, Gutters and Doors. What's in your future? Maybe a new roof for your home or possibly a complete exterior makeover? Talk with one of our roofing, window or siding professionals to find the action that best fits your needs. We're happy to make some repairs to buy you some time, or make a replacement if it is needed. You want a contractor you can trust, and one who has the experience to help you make some major decisions. We will listen to your goals, desires, and help alleviate any concerns. We will walk you through the process like you were one of our family.

After contacting them repeatedly, and being ignored, I took them to small claims to try and recoup some of my money. Even then, with pictures and samples of the materials that had been utilized, they denied any wrongdoing. My evidence resulted in my being awarded a $3,000.00 judgement in December 2005. That is the limit in Cleveland Small Claims Court. To this date, they have stone walled, returne...

DESCRIPTION OF WORK
Company was contracted to replace 2 porches, and place siding on my home. New lumber, which I provided, was placed over dry rotted support beams, roofing shingle material was used on the second story porch floor, and 4 beams I paid for were never installed. Upon completion, the work looked alright. However, 4 months later, in the spring, upon closer inspection of the work performed, and my contract it became very clear that I had been tricked. The cheapest siding they could find was also installed on my home, incorrectly, without the insulation underneath, and the colors were limited.

This was the worst experience we have encountered with any company. Firstly, they gave a time frame of 5-7 days, when it actually took them 3 weeks long weeks. They had more excused, they were not business oriented. The kept giving us the run around, telling us different employees were having family problems. Ultimately, if you are running a business you have to prepare for such occurrences. Then ...

DESCRIPTION OF WORK
They sided our colonial home. Added a light and put up awnings.